„Risk is now everywhere,“ state Claudia Aradau et al. (2008: 147). The end of the Cold War and the dissolution of the bipolar setting of international politics’ structure made way for emergence of new dangers – or more precisely, their existence and relevance have become widely recognized, largely owing to the broadening and deepening of security studies promoted by the Copenhagen School (Buzan, Waever and de Wilde, 1997). The traditional understanding of threats as dangers, inextricably linked to concrete actors with specific intentions, could not suffice anymore in grasping of relevant “new” dangers such as environmental degradation, economic depression or organized crime, where there is no single enemy, defeasible by the military. Instead, the notion of risk – although such concept is not new – has gained prominence.

Risk is understood here as a kind of danger, which is deeply related to uncertainty and unknowing. It is something that may happen in the future, but we are not able to effectively predict it or eliminate it. Even an ostensibly incontestable sanctuary of the traditional approach to security, war, has been penetrated by the “school of risk” according to some authors. As David Chandler (2010: 288) puts it: “war is no longer a discrete act with clear goals through which security can be obtained, but part of a process of risk or security ‘management’, where both ‘war’ and ‘peace’ have become outdated categories”. This text attempts to elaborate on some of the political implications of such an understanding and practising of security. First, it will be briefly outlined in a model  case of terrorism what it means to see a danger of terrorism as a risk rather than as a threat, and what it implies for policy as such. Next, this approach will be put under more critical scrutiny and two important questions will be raised: who “makes security” and what is being secured. In the conclusion, I turn to a question of “what should be done”.

With the emergence of Daesh and November Paris attacks especially, possibility of ground military employment in the Middle East as a way of dealing with terrorism was discussed once again (see e.g. Barnes, 2015). Military intervention in Afghanistan in 2001 might be seen as an example of the understanding of terrorism as a threat with a distinct bearer. Indeed, it was a war declared against Al-Qaeda and Taliban regime, which they would „share in their [Al-Qaeda‘s] fate” (Bush, 2001) unless they cooperate with the United States. To illustrate this way of thinking more explicitly: “It will not end until every terrorist group of global reach has been found, stopped, and defeated” (ibidem).

However, if we turn to an understanding of terrorism as a risk rather than a threat, then a wholly different approach is employed. A danger ceases to be destructible and instead can be perceived as permanent by its nature. There is no end to it – or at least in the near future. Rather than defeating every terrorist group, an approach of perpetual preparation, the „paradigm of prudence” (Diprose et al., 2008: 269), emerges. Security is practised through an endless cycle of mitigation, preparation, response and recovery (e.g. Coppola, 2015: 13). There are two possible ways to achieve security: an effort to predict and “colonize” the future, or its recognition as unpredictable and focus on the building of resilience instead (Dunn, Cavelty et al., 2015: 5). But the distinction is clear: the stumbling block is no longer in a single opponent who can be eliminated. Such ways will likely be less confrontational – because there is, in fact, no one to confront – and more resting upon building our own capacities to decrease the likelihood of occurrence of a danger and increase our ability to withstand its potential strike. Policy based on such „risk approach“ might lead to adopting of exceptional measures – border controls, surveillance, biometric databases etc. – which form our society in order to be prepared for future risks.

Dealing with risk means dealing with the uncertain future; “events that have not yet occurred become the object of current action” (Beck, 1999: 52). And even though the only knowledge we might possibly have is an experience from the past, such an unconsciousness of the future does not impede precaution. Stern and Wiener capture this paradox by noting that “uncertainty is no excuse for inaction against serious or irreversible risks, [and] that absence of evidence of risk is not evidence of absence of risk” (as cited in De Goede and Randalls, 2009: 859). Thus in looking for power relations, it might be more important to ask “who gets to imagine the future?” (Aradau et al., 2008: 152) rather than “who decides?”

The importance and influence of apolitical “experts” hidden behind political decisions has been rising, for they are the ones who, on the basis of “objective data” and in the form of “expert focus groups”[1] get to imagine what the future will look like – they have “the knowing”. Moreover, if these experts are mobilized not only for the provision of the underlying information for decision making but for the decision making itself, then the process of securing is effectively depoliticised. Such a technocratic approach based on “scientific knowledge” might mean absence of contestation thus lack of democracy and responsibility, even though it is politicians who face voters in elections, not experts and officials in ministries (for similar thinking see Hagmann and Dunn Cavelty, 2012: 88). Especially in the case of terrorism the experts might have significant, but publicly unseen influence – because, in contrast with e.g. environmental issues, there is a justifiable reason to keep internal things secret. Therefore, as a consequence, we can easily get lost in identifying of who actually “makes security”. Apolitical experts could be the ones who imagine the future, define which topics are relevant for security and in some cases even decide what is right to do. Security politics might cease to be political.

Another major question is what security actually means or what is being secured. Range and severity of future dangers are uncertain and incalculable; how can we say how much security is enough? Such an uncertainty about insecurity implies continuing increase of security measures – for we can never be sure enough. And this might lead all the way to the point when security itself becomes insecurity. For example, Giorgio Agamben captures this move when he talks about the reduction of a human to “bare life”; put in the classical notions, the reduction of bios (citizen as a political subject) to zoe (biohuman or homo sacer as an object of regulation) (as cited in Diprose, 2008: 272). The efforts to be as much secured from risks as possible in fact threaten those parts of our lives, which make them human in the metaphysical terms. Reduction of the referent object to mere zoe is in direct contradiction with securing the bios or human as a whole: because for absolute security absolute control is needed.

Such an imagery has been haunting minds of people and artists for at least decades, not only years after the Cold War when the notion of risk supposedly rose – remember for example Yevgeny Zamyatin’s We, George Orwell’s Nineteen Eighty-Four or Terry Gilliam’s Brazil. Each one of these works was created in a different decade of the 20th century, they likely influenced one another, but the leitmotiv has remained the same: fear of reduction to a bare life with no option to choose one’s own future. If we are now living in Ulrich Beck’s „global risk society“ (see Kessler, 2010: 18-20) or the period which faces „more“ risks or, at least, tries to manage them more, we ought to be as concerned as the above mentioned authors. Pervasive, enhancing and endless preparation for uncertain future risks might thus itself mean the materialization of danger – to our values, lifestyle or freedom. This is particularly unsettling while addressing issues like terrorism, where security measures are connected to massive collecting of data, curbing of rights and freedoms and identification of the potentially dangerous behaviour and persons.  Therefore, understanding of security through the notion of risk might be risky in itself for its creeping expansion.

However, we cannot sit idly either. Terrorist attacks, natural disasters or economic depressions happen at times. In order to save lives and protect our property, we have to take some measures. We should not resign give up understanding and practising of security through the notion of risks for being „too dangerous“ because we do have to learn how to live with risks. And global terrorism is just one amongst them. But the proportion is at the heart of the matter. We must keep in mind the two aforementioned points unless we want to find ourselves securing only our biological bodies but not our lives in a broader sense. Security must not cease to be a matter of politics, open to contestation and deliberation and under public scrutiny. Insufficiently transparent management of risks and routinization of security might have grave political consequences. Georges Clemenceau’s famous words “La guerre est une chose trop grave pour la confier aux militaires” could be and should be applied to security as well – because security is too serious to be left to technocrats. Experts should inform politicians but shall not make decisions and solve problems for them. That is why politicians are elected, after all.

[1] For questioning of sufficiency of their sources and other pitfalls of relying on “expert” knowledge see Hagmann and Dunn Cavelty (2012). 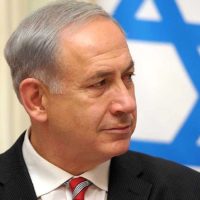 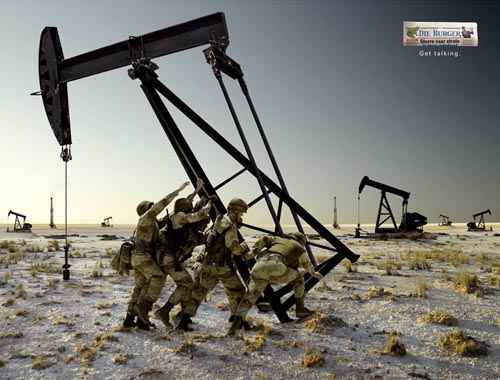