Welcome in our interview. It has been three years since one of my colleague has interviewed you. Since then a lot has changed. In Europe, Arab World, East Asia and even in US we have witnessed interesting developments. I would like to focus this interview on the issue of US-China relations, which are increasingly important from the international security point of view. There has been a huge shift in US security and military doctrine towards East Asia. How do you assess these steps and do you think they are right?

I think they are correct because China is the peer competitor and challenger to the United States. I think this is very risky for two reasons. First, for what history and international relations theory tells about risks in international politics, when you have a declining power and rising challenger. You almost always have conflicts between them. So, for reason of history and international theory there are reasons to be suspicious and careful about the rise of China and change in relative balance between United States and China.  Secondly, there are issues of grant strategy. United States have been the dominant force in international politics for more than a century, but Chinese also believe they should be the dominant force in international politics. Thus for second reason, the reason of grand strategy, both Beijing and Washington are on the collision course. Therefore there are many reasons to be concerned greatly. The recent steps of the Obama administration are positive steps to reassure our allies in Pacific, in South Asia and in East Asia that the United States is going to be involved. Unfortunately, in current fiscal environment that requires savings and those savings are coming out of Europe, I think there is a reason to be concerned. I don’t think it is something needs to be done, but Obama administration has made the decision to do that and I am afraid that the consequences for transatlantic relations are going to be severe. Obama administration is telling Europe: “You are less important.” That marks the end of a current Atlantic foundation, which has been forged in World War Two and was maintained in Cold war and post-Cold war period. And it seems to me a pretty awkward telling such thing toward our European allies. The consequences of that are major for stability in Europe, our NATO allies and the extension of NATO. It seems quite clear that Obama administration has no desire to extend NATO at all. For countries that look at NATO and United States as security guarantor it is sort of abandonment. I think it increases the instability and possibility of conflicts in Europe. For example, what we really did not need to do is a withdrawal of two brigades, since there is very little reason for that. Obama administration clearly does not like its commitments in Europe, but it seems to be strategically imprudent to call attention to that fact.

According to you what is the area, where China seems to be most threatening to the US? It is China’s cyber capability, or naval modernization…

Definitely the cyber capabilities… China is doing something what can be described as transferring of western knowledge to China. And it can never be taken back. You have never had a situation, where terabits of information flow from those who have it to those, who do-not-have in such a short period of time. Their ability to penetrate the Western governments, the western firms the Japanese governments, Japanese firms, Australian governments and firms everywhere and to extract information is incredibly serious. US government calls it a clear and persistent threat. The Chinese has already attacked the US in cyber sphere and US have evidence of Chinese involvement in it. What they are doing is dangerous in international politics since it enables China to accelerate China’s challenge to the US. And that is again to go back to your first question that is dangerous. When you have this period in international relations, when one is declining and one is rising and now it happens in short period of time. Every time it is dangerous and it is even more dangerous, when it happens in short period of time. Secondly, we have to worry about how China considers nuclear weapons. It is clear that Chinese consider nuclear weapons under certain circumstances as conventional weapons. This attitude towards nuclear weapons is very dangerous. Thirdly there is the issue of their use of space. Chinese are seeking to undermine in all areas in what they call “assassin’s mace” technology. They look at Western society and Western military vulnerabilities and they want to exploit these weak points especially in space. They would like to undermine US space structure, destroy or blind our surveillance and communication satellites. In 2007 they show the willingness and capabilities by testing their anti-satellite weapon. It also created a huge cloud of debris, which has remained a huge problem until today. These areas are in my point of view most dangerous. However, we should also mention their naval build-up, the modernization of nuclear forces and even land forces. And that worries some neighbours of China, which is one of reasons, why our relationships with all Chinas neighbours have improved.

It certainly makes sense… Nevertheless, for a decade it has seemed that Washington is neglecting China. They were concentrated on Middle East, Iraq and Afghanistan etc. What do you think about the opinion, that current situation is certain kind of opposite extreme? That such highlighting of Beijing in nearly every aspect of US security planning can in the end lead to even more antagonized China?

I think that is a concern that I do not share because of what you have suggested. United States has been neglecting Chinese rise for nearly a decade. Only recently Obama administration has moved to reassure allies in East Asia, Southeast Asia about America’s willingness to be involved there. I think United States is reacting on what is China doing. During last year China has made many controversial steps. So if the Chinese are worrying about larger US presence in the area they have only themselves to blame and their own actions in East China’s se, in South China’s sea, their own comments about Archnuchal-Pradesh area, which is disputed piece of land with India. There are many sources of tensions with and only recently United States has made concrete steps to counter it.

In your lessons I have seen how much attention you pay to demographic pressures, economic developments and how you want to maintain larger picture of situation. How do you assess China’s internal problems in this regard? Country faces many social, economic and environmental challenges, which can under certain circumstance lead to certain kind of weakening….

Yes, I absolutely agree with you… The growth of 9% we have witnessed in China during last decades may be based on a bubble. This bubble can burst. And there can be many bubbles in the Chinese economy. In certain manufacturing or restrictive areas… As you suggested population change, preference for male children etc. have the ability negatively impact China’s future. I would also mention environment which is under severe stress in China. It has also its consequences for agriculture and associated issues. So yes, we should not expect China to growth at 9%, but I think even growth by 3% is considerable. Even if one of these bubbles burst as happened in United States in 2008, the overvaluation of property, crash recession… The fact they are growing more slowly does not mean they are not a challenge. They have the ability to manage tremendous difficulties. This ability should not be underestimated.

So you think that even weaken China will be a challenge?

Yes I think so…

And a last question. During our discussion you mentioned that under certain circumstances the best partner for China is EU. Can you tell us more about that?

Yes, it is certainly not a thing I would like to happen and I hope that strong transatlantic relationship will continue. But international theory and history tell us, that alliance is also forged made by the presence or absence of threat. China does not threaten EU and vice-versa. Contrary, EU perceive Russia as much greater threat than China, thus it would welcome if Moscow is kept off-balance by China, since China may need Siberian resources. EU have advanced military software, which Chinese still long for. In return, China has a lot of cash, which EU need… There are many areas of common interest. I do not think it is very probable course of events, but we should not forget that possibility.

Thank you very much for interview. 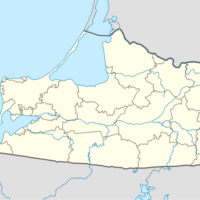 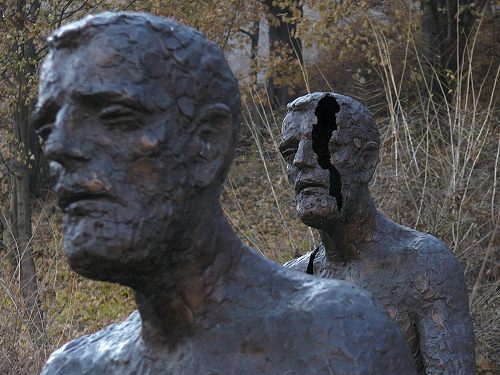 An afternoon tea with Syrian oppositionist