On June 16, Kurdish forces in northern Syria marked one of the most significant victories against Islamic State of Iraq and ash-Sham (ISIS). Armed units of the Kurdish Democratic Union Party (PYD) launched a major offensive around May 25 with an aim to capture a vital supply line connecting Turkish territory and city of ar-Raqqa. Attack launched on Tall Abyad-Akçakale border crossing was successful and implicitly created a compact area under Kurdish control spanning from the left bank of the Euphrates River to the eastern corner where Syrian, Turkish, and Iraqi borders meet. Ankara’s government lead by Justice and Development Party (AKP), with a deep distrust towards PYD tied to Kurdistan Workers‘ Party (PKK) operating mainly in Turkey, considers it as a threat to country’s national interest.

Around May 25, PYD forces along with small number of FSA rebels (Free Syrian Army – in this case mostly consisting of local Arab rebel groups who choose to work with the Kurds amid being dislodged by ISIS). These units were coordinating their efforts in Burkan al-Furat (Euphrates Volcano Joint Operation Room) since September 2014. They launched a major offensive supported by the Anti-ISIS Coalition airstrikes from Ra‘s al-‘Ayn in the eastern direction and at the same time from the west, from Kobanî with an aim to take Tall Abyad border crossing controlled by ISIS since June 2014. A fall of Tall Abyad would mean a major blow to goods flowing from Turkey through border to ISIS-controlled territory, mainly to ar-Raqqa and even further to Mosul. For the Kurds it would mean a considerable strategic upper hand since they would effectively connect their areas of control stretching from the east bank of Euphrates river to al-Malikiyah in the eastern edge of Syria. It would leave ISIS only with Yarabulus border crossing with Turkey and shorter border between Euphrates and another Kurdish Canton in the western part of the country – ‘Afrin.

ISIS launched a counter-offensive on May 27 in al-Hasakah area in order to tie more Kurdish forces that hold front lines on the border of PYD’s Jazira Cantonin the east. ISIS, however, won only minor gains since it was fighting mainly strong Assad’s forces which share the control of al-Hasaka area with the Kurds. Regime‘s security forces also control the main road al-Hasakah to Turkish border crossing in al-Qamishli.

While breaking the siege of Kobanî early this year was rather a symbolic victory, Tall Abyad is a more strategic one. ISIS lost its main supply route for goods flowing from Turkey to ar-Raqqa and Dair az-Zaur as well as one of the main „crossing points“ for fighters and operatives, and smuggling (given the Kurds will manage to secure the border, but considering their success in securing their borders so far, they will for sure make trouble for ISIS). The Kurds managed to assume control over Turkish-Syrian border spanning from Euphrates to Iraq, leaving ISIS with control of only one major border crossing to Turkey – Yarabulus on the right bank of Euphrates.

Refugees and Allegations of Ethnic Cleansing

Amid expected fighting refugees were massing at the Turkish-Syrian border at the Tall Abyad-Akçakale border crossing. Allegations of ethnic cleansing were obviously repeatedly denied by the PYD forces (e. g. on June 21, by Salih Muslim, PYD leader who noted that they only ordered people to temporarily leave their homes as they advanced through rural areas on Tall Abyad so they can search the premises). Turkish president Erdoğan also repeatedly criticized PYD’s advance, on June 15 he said: “This is not a good sign,” he said. “This could lead to the creation of a structure that threatens our borders.” He expressed concern over Western backing of PYD forces by airstrikes to support their offensive. Erdoğan also said that PYD is conducting ethnic cleansing of Arabs and Turkmens as they advance. There are numerous reports from credible sources of the Kurdish forces conducting ethnic cleansing around and in Tall Abyad over the past weeks, forcing Arab and Turkmen population to leave. Considering deep mistrust between Arab and Turkmen population and the Kurds it is likely that people fear retribution from the Kurds, since thousands of Kurds were forced to leave when ISIS took the area in June 2014, while Turkmen and Arabs could stay.

Turkey expressed a deep distaste for advancing Kurdish forces both rhetorically and by repeated closing and opening borders for incoming refugees. Turkish authorities were repeatedly closing Akçakale border gates between June 10 and June 16, allowing only limited number of refugees flee to Turkey with several thousands waiting at the border. Many of the Syrians were the crossing borders illegally. By June 11, Turkish officials claimed that 13.500 refugees already crossed the border since June 3. In June 13, at the Tall Abyad border crossing ISIS militants forced hundreds of refugees to turn back to Tall Abyad at gunpoint, while Turkish soldiers watched them from the distance of just tens of metres (see pictures above). It was in obvious attempt to keep civilians among them as shields from Coalition airstrikes. The offensive resulted in some 23.349 people fleeing into Turkey on June 3-16, but on June 17, 1.100 people returned home through the Akçakale border crossing, Turkish Foreign Ministry spokesperson Tanju Bilgiç said on June 18.

Turkey was sporadically closing and again opening the border for fleeing refugees in June 10-16 while expressing its obvious distaste for Kurdish advance. Despite sporadic closings of the border gate of Akçakale, it seems that Turkish „open doors policy“ for refugees continues for now. Ankara, however, got a strong bargaining chip, showing that is has no problem with closing its border if the development (especially regarding further Kurdish gains) is against its interest. Erdoğan also said on June 20, said that the fact that the world countries are not responding to a global refugee crisis was a “crime against humanity.” Once again (and justly), Turkey was complaining that country hosts more than 2 million refugees from Syria (unofficial estimates speak even about 5 million in total, including unregistered ones form Iraq and Syria combined).  Turkey claims it spent around 6 billion dollars and received only additional 300 million dollars for refugees.

Ankara’s distaste for Kurdish advance on Tall Abyad was not only expressed by repeatedly closing and opening the border – contrary to Ankara’s usual „open doors policy“ on refugees. On June 10, AKP’s Deputy PM Numan Kurtulmuş said during his visit of Syrian borders that Turkey is closing Akçakale border gate since “there is no longer a humanitarian tragedy,“ saying that inflow of refugees is a result of Anti-ISIS Coalition airstrikes and Kurdish offensive. Deputy PM Bülent Arinç noted on June 15 that “Sometimes differences are occurring between priorities and interests of Turkey and of those powers’ and sometimes they match.” (Turkish leadership repeatedly criticized US-led Coalition aistrikes that aided the Kurds). Tall Abyad was indeed the case. Arinç concluded that Turkey will “not allow” the emergence of any potentially threatening (Kurdish) entity  in the war-torn country.

Already on June 15, the first post-election Turkish Cabinet meeting was attended also by Chief of Staff General Necdet Özel and Land Forces Commander Hulusi Akar (presence of military officials is unusual). Another high-level security meetings were held on June 17 and 18. Fuat Avni – anonymous member of Turkish leadership tweeting usually credible „insider information“ – tweeted that while intelligence and foreign ministry officials press for military incursion, the army opposes it. Turkey indeed stretches its muscles and hints that military solution is also on the table.

Ibrahim Karagül, the editor of the pro-government Yeni Şafak newspaper wrote on June 16 that recent gains for the Kurds in northern Syria were part of a Western plot to “destroy Turkey.” Goal of this plot is to garrison Turkish-Syrian border with anti-Turkish (Kurdish) forces. Karagül concluded that a military intervention is a must.

That is, frankly, not as far from reality as the usual Turkish „conspiratory“ views of „foreign plots“ undermining its national security. Ankara’s core interest is to weaken Kurds in northern Syria and prevent bolstering their de facto autonomous entities: ‘Afrin, Kobanî and Jazira Cantons. Such a success indeed strenghtens hopes for autonomy of their own Kurdish minority. Pro-Kurdish party HDP (People’s Democratic Party) tied to the PKK after all won a historic 13 % of votes in June 7 parliamentary elections in Turkey, rising Kurdish hopes for autonomy in Turkish southeast. Syrian Kurds also temper with the primary Turkish interest in Syria – taking down Assad – since PYD is effectively in „marriage of convenience“ with Assad’s regime forces for the past two years. Ankara was not able persuade Syrian Kurds to break silent „deal of mutual tolerance“ with Assad.

But despite euphoria, Kurds in Turkey and Syria should keep in mind that they are merely a tactical ally for making life harder for ISIS. A Kurdish autonomous entity as the Kurds picture it in northern Syria is a far away dream that will likely not become reality in a post-war situation considering regional powers‘ interest – Turkey, Iran, Arabs of Syria, or even Assad’s regime, or Barzani’s Iraqi Kurdistan (despite being a Kurd, his regime is a fierce rival of the PKK branch of the pan-Kurdish nationalism). Virtually everyone oppose any attempts to get the Kurds closer to statehood in Syria (or anywhere else). CSIS‘ analyst Anthony Cordesman nicely summed the situation up from the US perspective:  „That’s pretty low-level stuff—that certainly is not a commitment to an independent Kurdistan the moment it becomes irritating to its neighbours.” When the time comes to forge a new regional power-sharing deal between the Iran-led bloc (backed also by Russia) and the Saudi-led bloc (backed by the US) destiny of the Kurds will be most probably  decided without the Kurds and likely at the expense of the Kurds.

A green light for the Tall Abyad offensive and Western support for it seems as a sparingly risky move. The US might have started to lose patience with Ankara’s double-edged game, balancing between tolerance and support for ISIS as a counter-part to Syrian Kurds and their ambition. After all, I believe that one of the main reasons why such a strategic area was manned only by some 150 ISIS militants, was indeed the fact that ISIS was counting on that Turkey will surely not allow PYD to advance and connect their two cantons (Kobanî and Jazira).

Timing of the Tall Abyad offensive is also not a coincidence – Turkey is yet to form post-election power formula and is likely to postpone any major actions for the time being. AKP, contrary to the expectation comes short of simple majority from June 7 parliamentary elections. Turkey is now on the brink of gluing a viable coalition, which is something that is absent in the tradition of Turkish politics.

A direct Turkish military incursion is unlikely (also because it might create a further backslash and instability in the Turkish Kurdish southeast where is currently a fragile cease-fire between the state and the PKK since 2013). Although, considering Ankara’s national interest, increased covert operations, and possibly even increased/renewed cooperation with ISIS elements is very likely. Ankara might swallow Kobanî-Jazira Cantons connected. Any efforts for ‘Afrin-Kobanî Cantons connection, which would effectively give control of almost whole Turkish-Syrian border to the Kurds, are totally unacceptable for Ankara. Turkey would use any means necessary to prevent such development. 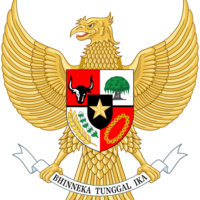 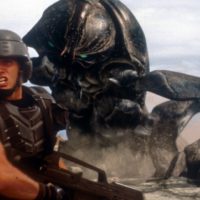 Starship Troopers in Context of 21st Century: Lessons and Thoughts