Tony, you did a lot of research of participation of the United Kingdom in the NATO structures. Could you comment on what led Cameron administrative to strong response towards Libya? Was it the strong voice of France?

I think that a lot of factors lined up at the right time – the revulsion at Gaddafi’s attacks on his own people, the request for assistance from the Arab League and from the Libyan opposition, the optimism of the ‘Arab Spring’, the view that something that would make a difference could be done reasonably easily and inexpensively, the support of the US. France’s readiness to intervene was probably also a factor – the UK and France have recently signed a broad defence agreement and defence cooperation between the two nations is close – but it would not have been the only one.

How has the British society perceive the no-flight zone over Libya and ongoing operations?

I should say first of all that I have not lived in the UK for almost 10 years, so I cannot claim to be very in touch with perceptions there.

But as I understand it, support is slipping away with more people now against the UK’s participation than in favour of it. I would imagine that after more than two months of military operations with apparently little effect and Gaddafi still clinging to power, people are beginning to wonder where this will lead, and to worry that UK forces will be drawn into another extended commitment – UK’s participation in the war in Afghanistan is opposed by something like a 2-1 majority amongst the UK public.

You also worked as a researcher in the field of ballistic missile defence at the British Embassy to the USA in Washington DC. Could you analyze what made Barrack Obama call off the SDI?

To clarify, Barack Obama did not call off the ‘SDI’. Successive US administrations have reshaped the missile defence programme over the years, with Republican administrations tending to be more enthusiastic for it than Democratic ones. The programme continues under Obama and still attracts substantial funding, but its focus has shifted away from systems that deal with intercontinental ballistic missile threats (although there is still a good deal of research, testing and capability enhancement of these systems) and more towards systems to deal with shorter range threats. As part of this realignment, the administration decided not to proceed with the installations in Poland and the Czech Republic.

There are probably several reasons behind this. Firstly, the administration has argued that long range threats have not yet emerged as had been feared, but that shorter range threats have grown rapidly and pose risks to US (and Allied) forces.

Secondly, in refocusing on theatre defences and a phased approach to the defence of populations and territories, both of which are dealt with through NATO programmes, Obama has chosen a more multilateral approach to missile defence, and distanced himself from the Bush administration’s bilateralism.

Thirdly, Russia has been strongly opposed to strategic missile defence. It would be too much to suggest that the administration has bowed to Russia’s demands. But there can be no doubt that reducing the emphasis on defence against longer range threats has been a positive factor in Obama’s wider strategic goals of a ‘reset’ with Russia and a re-invigoration of the arms control agenda.

Fourthly, missile defence is an expensive endeavour – in 2009, 18 of the Allies spent less on defence in total than the US spent on missile defence alone. It makes sense to scale back some of the longer term elements of the programme – such as the airborne laser and space-based interceptor – in times of economic difficulty.

How did you value the SDI overall? Could you comment on geostrategic background of such iniciative?

The strategic ballistic missile defence systems in place today are designed to deal with a limited attack only – a handful of incoming missiles – so they are aimed at deterring, or countering attacks from, ‘rogue actors’, not large states with substantial arsenals of ballistic missiles. The American-Russian strategic balance is almost entirely unaffected by the US missile defence programme – although Russia seems determined not to accept this.

So how likely is it that a rogue actor would attempt a ballistic missile attack on the US, and how likely is it that such an actor would be deterred by the presence of a missile defence system? Of course, we can never know, but it seems that a rogue actor would have to be very desperate to consider a ballistic missile attack. Ballistic missiles are technologically highly complex and their use would invite instant retaliation – there are easier and more reliable means to deliver a mass effect attack. On the other hand, the consequences of such an attack would be devastating. In the end, there is no such thing as a perfect defence – defence planning is about judging risks and evaluating the costs of mitigating those risks. The US apparently judges that it is worth spending large amounts of defence dollars to deal with the risk of a ballistic missile attack.

NATO has brought up a new strategic concept in Lisbon last fall. Could you give us an analysis of changes and your expectations?

On the whole, I think that the Alliance did a good job with the new Strategic Concept. It sets out in a clear and straightforward way what the Alliance is about. It reaffirms the commitment to collective defence and NATO’s continuing role in crisis management and cooperative security. Inevitably, it is not very specific, but it contains some clear principles to guide decision making in the years to follow.

But it is an ambitious agenda. In that respect, one of the key sections comes near the end, when the Allies outline their determination to plan better and to work together in order to develop the more usable armed forces they need to carry out the tasks they have agreed. Looking back over the 12 years since the last strategic concept, the Allies have not been very effective in reforming their forces. With this record, and the likelihood of many years of austerity ahead of us, we might wonder whether NATO will be able to deliver all that it wishes.

Since you live in Estonia, could you describe our readers how is the relation of Baltic countries to contemporary Russia?

At the moment, the relationship is quiet – which is about as good as it gets. Undoubtedly, the three states would welcome better relations with Russia, but the prospects for this are not good, as long as Russia continues to see foreign policy as a zero-sum game for large players, with states like Estonia, Latvia and Lithuania as, at best, irrelevant. So the Balts are wary – and there is plenty to be wary about. Russia continues to use every opportunity to allege that the human rights of Russians living in the three states are being infringed. It has a ‘compatriots policy’ which encourages the idea that a part of the Baltic population belongs in some unspecified way more to Russia than it does to its countries of residence. It tries to divide NATO and the EU, it threatens energy supply, it misuses history.

And more fundamentally, the Balts, like any other western state, struggle to deal with a Russia that is non-democratic, chaotic and in which business ventures are precarious.

Since you are personally connected to Estonia, would you tell us your remarks about possible NATO enlargement to Georgia?

The Allies have to decide, unanimously, that any state that wishes to join NATO should be allowed to do so. NATO has agreed that Georgia will become a member in the future, but even its strongest supporters seem to agree that it has a long way to go before it can meet the requirements that NATO has established for membership. The question for NATO at the moment is how far it should go to help Georgia meet these requirements. Many Allies have bilateral assistance programmes, but granting Georgia MAP status – which NATO decided not to do at its Bucharest Summit – would have reinforced Georgia’s membership prospects and sent a helpful signal. This was a missed opportunity.

Beyond this more technical issue, however, it is a key point of principle that every state should be able to choose its own security arrangements. No party outside the Alliance should be allowed to veto or influence its decisions over enlargement – NATO itself is clear on this point. In this regard, it is unfortunate that some Allies oppose MAP status for Georgia on the grounds that NATO should not jeopardise its efforts to pursue closer cooperation with Russia. This self-censorship is a betrayal of NATO’s own principles and might be seen as a tacit acknowledgment that Russia’s concerns over NATO enlargement have some legitimacy. It should not be used as an argument against further enlargement. 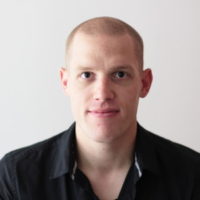 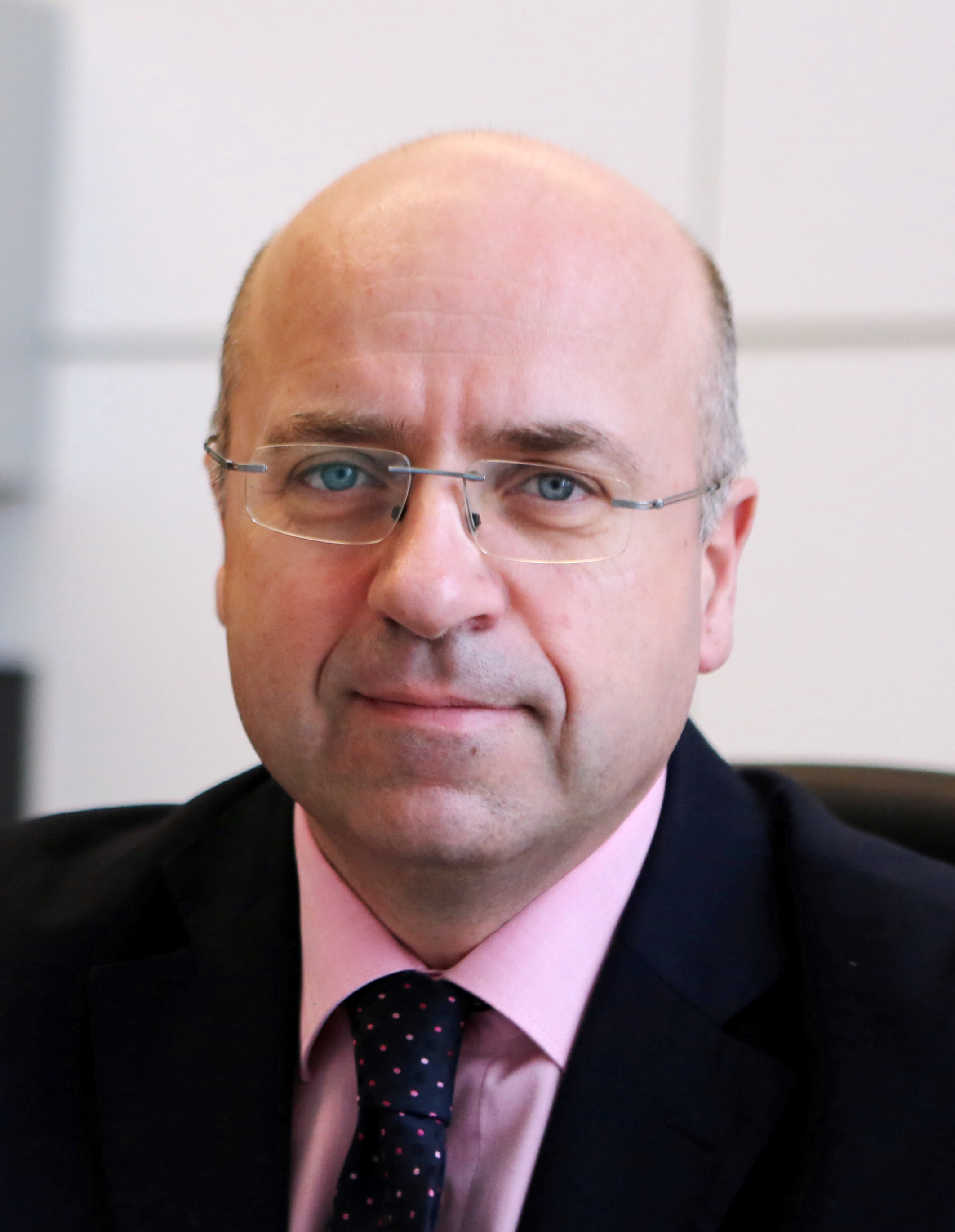