The peace agreement in the Colombian conflict is closer than ever before.

Colombian president, Juan Manuel Santos, has recently announced, that he will continue pursuing a peace treaty with the largest leftist guerilla group, FARC. This comes just three days after his party won in elections, while the most vocal opponents of the negotiations, Centro Democrático, has gained fewer votes than it expected. Thus giving the President assurance of his peoples’ approval with the peace negotiations in Havana. If these negotiations succeed, it would mean the end of more than 50 years’ war that has left more than 200 000 people dead.

FARC has entered into existence after reforms in Colombia had left many ordinary people struggling in the face of state led repressions. In south they have established several self-defense communities. These were however considered a threat by US-backed Colombia due to communism related hysteria. These communities were then bombarded and attacked by Colombian military. Several dozen militias have however endured and later escaped into jungle. These would later form the core of guerrilla group. FARC has long been prospering mainly thanks to kidnapping people for ransom and later also by selling drugs, most of which was destined for US market.

The peace negotiations with FARC leader, known as Timochenko, have been ongoing since the year 2012 even amid continued military operations against FARC.

Major point in negotiations was the deal regarding land reform which came May 26 2013. It would see compensations for land confiscations against small landowners and to the merit of large landowners. It will also try to tackle social inequality and extreme poverty. Estimated 32,7% of Colombian population live below poverty line. The agreement includes building infrastructure and land adaptations, along with development of territories which includes stimuli to agriculture and also a development of economy based on solidarity along with social development in areas including health, education and housing. An overall leftist approach is apparent, which is in contrast with country’s historical experience of rampant capitalism and widespread abuse of human rights, mainly of those without means. These measures are only a small part and the agreement will need to be accepted as a whole for these to come into effect. This fact has been stressed by both parties numerous times during the negotiations.

Second point of the agreement is called Political participation. It guarantees rights to exercise political opposition, to new political subjects in particular, and mechanisms for participation of citizens on decisive processes with emphasis on equal approach. It also guarantees access to media to political opposition with accordance to the Freedom of speech. The second point is very open about ensuring conditions for promotion of political goals of FARC by legal means. It also bears in mind the gender dimension of all issues and as such will promote equal rights to women. It sees political pluralism as a way to ensure prosperity and peace. This point will also enforce these measures by establishing a system of concrete institutions and regulations. It also prevents legal action against guerrillas for taking up arms against the state as it labels the conflict a political one. It also prevents any extradition of FARC guerrillas into foreign countries.

Next item was a solution to the drug problem in Colombia. FARC and Colombian government have agreed on a program to help farmers switch from growing drugs to growing legal crops. It also sees the need to be respectful of farmers and as such provide them with information and options. If however they refuse to switch to lawful crops, drugs would be manually (as opposed to chemically) disposed of, bearing in mind the health and general well-being of farmers. Part of this issue is also a strict control over substances used in production of illegal drugs. However it also focuses on work with public such as prevention and rehabilitation of drug users back into society. It seeks to promote international cooperation in solving the illegal drug problem. The entire point is a part of several larger programs to eradicate poverty, corruption and safeguard the Colombian population. Demining of arable land is also a part of this goal.

It has been recently announced that Colombian negotiators have reached an agreement with FARC regarding the last significant point, compensating the victims of violence. Details of this agreement are however not clear as of the time of writing. It is clear though that it includes locating bodies of those killed while being held captive by FARC. Efforts to locate their bodies have already begun. Santos has also made a request to UN for a mandate to monitor and verify the disarmament process. If all goes well, it could begin as soon as January 1 2016.

FARC has however said that the unilateral ceasefire it has declared June 20 2015 is in danger due to numerous operations against FARC conducted by Colombian military. FARC has labeled current state as unsustainable. Colombian minister of Defense Luis Carlos Villega has responded that the military have conducted operations against FARC members who posed a direct threat against civilians. This comes amid talks of bilateral truce that could enter into effect on New Year.

Current situation is also marked by an attack against a military party conducted by another guerrilla group, the ELN (Ejercito de Liberación Nacional) early in morning on October 26. It has resulted in 12 dead, 11 soldiers and a policeman, while they were transporting election ballots and 2 members of electoral committee. Additional 2 soldiers were captured in the attack. It has been stated that 8 bodies bore marks of coup de grace. ELN is the second largest guerrilla group in Colombia, it controls areas in the north of the country. The attack has apparently sought to disturb otherwise peaceful elections. ELN has been invited to take part in peace negotiations by FARC and it also has at one point been negotiating with Colombian government, the talks have however since been abandoned.

Currently the greatest danger to peace negotiations are probably the military actions being conducted against FARC despite the unilateral ceasefire. The highest command of FARC has showed willingness to end the conflict and will likely respect the deal that was being brokered for 3 years. If declarations made by military are correct and FARC members did pose a direct threat to civilians, it would mean that FARC command does not in fact have a very tight control over all of its cells and thus it could be problematic to enforce the deal in its entirety. It would be required from FARC to concentrate in one place, so that Colombian government can verify the disarmament process and to make sure that there will be no more conflict. FARC has however refused to do so until the deal has been signed, as it would lose its ground in negotiations. The truth is, that without concentrating FARC in its entirety in one place, the verification of disarmament would be nigh impossible to conduct.

Very problematic is also the part of the deal that says that perpetrators of war crimes and other serious crimes, including crimes against humanity, sexual violence etc. will be punished by courts. While it is a fair point, it is also bound to create a lot of discontent among the guerrillas and possibly convince some not to obey the disarmament orders and instead go into hiding and illegality. It would certainly not be justifiable to pardon these crimes, but it could be a cause of trouble.

Anti-drug and anti-corruption actions will also likely cause a lot of problems, especially due to the intimate link between the two.

Overall the deal is very good-looking and idealistic. And as such the implementation will probably be very difficult and lengthy. Lasting peace with FARC can be attained within the timeframe given by Santos. Both parties have proved they are willing to make this deal a reality and it is indeed very close. 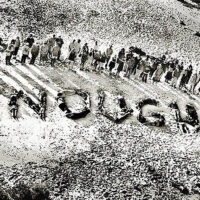 Mali: Recent theatre for a proxy war between France and Russia