Interview with H.E. Mr. Tajammul Altaf, Ambassador of Pakistan to the Czech Republic, on Current Security Situation in Pakistan.

The struggle against terrorism and insurgency has taken a heavy toll during the past decade. How has the strategy of Pakistani Army developed in the last five years to counter the threat of terrorism?

The Armed Forces of Pakistan conducted successful military operations in Swat valley in 2009 and subsequently in six districts of the semi-autonomous Federally Administered Tribal Areas (FATA). The latest military operation Zarb-e-Azb was launched in North Waziristan on 15 June 2014 as a result of consensus. Zarb- e-Azb is being conducted by Pakistan Armed Forces against various militant groups, including the Tehrik-i-Taliban Pakistan (TTP), the Islamic Movement of Uzbekistan, the East Turkestan Islamic Movement, Lashkar-e-Jhangvi, Al-Qaeda, Jundallah, and the Haqqani network.

After completion of one year and five months of the military operation Zarb-e-Azb, 2,763 militants had been killed, including 218 terrorist commanders, in 9,000 Intelligence Based Operations (IBOs). Some 837 hideouts of terrorists have been destroyed and 253 tonnes of explosives recovered. The army also recovered 18,087 weapons, including heavy machine guns, light machine guns, sniper rifles, rocket launchers, and AK-47s. 347 officers and soldiers of Pakistan Armed Forces have embraced martyrdom. The year 2015 was declared to be a “year of victory” and the operation itself a “manifestation of the resolve to root out terrorism in the country.”

Zarb-e-Azb is comprehensive operation to flush out all foreign and local militants hiding in North Waziristan. As a result of relentless operation, overall security situation has improved and terrorist attacks in Pakistan dropped to six-year low since 2008. The operation has brought comparative peace and tranquillity to Pakistani cities.

Since you spent some time as an Ambassador in Indonesia, Pakistan has learnt from counter-terrorist operations against Jemaah Islamiyah and its affiliates in Indonesia?

Yes indeed Pakistan has learnt lessons. You are aware that since 2001, governments everywhere have been aggressive in busting terrorist’s networks following their money and tracking their recruits – with almost immediate results. In Indonesia, the largest Muslim nation in the world, the government captured both the chief and the military leader of Jemaah Islamiyah, the country´s deadliest jihadist group and the one that carried out the Bali bombings in 2002.

Pakistan also fully cooperated with the USA the counter terrorism measures and other than effective „inteligence sharing helped to capture more than 600 terrorists which resulted in them being handed over to the USA. The Armed Forces of Pakistan conducted relentless military operations in arresting and killing terrorists, militants, and insurgents. Pakistan also cooperated with Indonesia in return of some Indonesian terrorists. The Government of Pakistan , Armed Forces, and the superior courts are on the same page to continue operation until terrorism is completely eradicated.

Is there any visible improvement in terms of reduction of terrorist attacks in Pakistan as compared to previous years?

Yes, indeed, there is remarkable reduction in terrorist  attacks and assassinations in the wake of implementation of Plan of Action spearheaded by the Government of Pakistan in concert with military operation Zarb-e-Azb, launched by the armed forces of Pakistan in June 2014.

The people and the Government of Pakistan have been facing steadfastly the formidable challenges of extremism and terrorism. Terrorism was alien to Pakistan and yet it has ripped apart our nation so grievously that we had to deploy 180,000 soldiers to take this monster down. The fight goes on. It was not our war; but now it is 64,000 of our innocent children, women, and men in uniform.

We have now turned the tide against terrorism in Pakistan. We made a strategic choice to eliminate all terrorist groups through a comprehensive strategy, involving forceful law enforcement actions and targeted military operations.

Our operation Zarb-e-Azb, launched in June 2014, the largest anywhere in the world, has produced remarkable results. Terrorist´s sanctuaries, command and control, and infrastructure have been destroyed. Thousands have been killed or captured. The rest are on the run. As the operation goes into its final phase, their few remaining hideouts will be cleared.

Simultaneously, through well-coordinated, intelligence-based law enforcement operations across Pakistan, the Government has launched a focused campaign against terrorist sleeper cells, their supporters, sympathizers, and financiers.

We devised a comprehensive National Action Plan to fight terrorism through multi-pronged strategy, combining military action, law enforcement operations, choking the terrorist financing and countering the extremist narrative. Our strategy has produced impressive results. The past year has seen the lowest number of terrorist attacks and suicide bombings since 2008. The entire nation, the government, parliament, judiciary, and the armed forces of Pakistan are on the same page to root out terrorism from the soil of Pakistan.

After the massive earthquake that happened in October 2015 in Pakistan, were there any difficulties related to the Taliban or other militants activities, while was being delivered?

It needs to be understood that the of the earthquake in October 2015 was more than 300 km away from Pakistan, in an Afghani region. Due to the distance, around 400 people died and over 2,000 was injured. The intensity was much smallerthan of the earthquake in October 2005 which resulted in more than 80,000 fatalities, 200,000 people injured, and more than four million people ending up homeless. Naturally, there was no demand of heavy humanitarian assistance in 2015. As such, there were no difficulties in reaching a limited number of those affected by the earthquake.

When we talk about terrorism and Pakistan, it is hardly possible to avoid mentioning the drone strikes. What is your opinion on drone strikes in context of countering terrorism and counter–insurgency strategy? Are they more valuable or – rather on the contrary –  problematic assets?

Pakistan has demonstrated opposition to the drone attacks not just by statements but also by taking practical steps by highlighting this issue at multilateral forums, by bringing specific resolutions that question the legality of these attacks. The resolution at the Human Rights Council on the drone strikes established a panel of experts to discuss this issue further. Those discussions have been taking place. There have been suggestions on how to proceed further on this.

In recent months, there have been various rumours about Islamic State making its way to South Asia. Is there any spillover effect of the Islamic State (IS) in Pakistan? How much danger IS presents to Pakistan?

Your question primarily relates to international and national media reports on posters, wall chalking, and distribution of material by sympathizers of IS in Pakistan or their presence and links with TTP and allegiance of the TTP.

Despite media reports, there is no solid evidence that Islamic State has made significant inroads into Pakistan. Such reports of the Islamic State inside Pakistan are spread by TTP and its affiliates against whom relentless military operations are being conducted successfully in North Waziristan and Khyber Agency by the Army of Pakistan.

There is no spillover effect of the IS in Pakistan. Pakistan´s leadership is fully poised to eliminate terrorism from our soil and not allow non-state actors of Islamic State to get any space in Pakistan. The Prime Minister of Pakistan and Pakistan´s Army chief during their recent visits to the USA and UK have been reaffirmed our resolve to eliminate terrorism and not allow Pakistan to be used by any foreign non-state actors.

Pakistan´s Foreign Secretary, Aizaz Chaudhry, on 15 November 2015 ruled out the possibility of existence of IS in Pakistan. He added that Pakistan considers Daesh as a security concern for the international community as well as Pakistan. Pakistan is fully capable of thwarting all threats from IS or any other extremist organization, as Pakistan winning the war against terror with full support of its people. All Pakistani institutions are also prepared to foil designs of Daesh in Pakistan. , groups, or organizations to associate themselves with Islamic State. We, as a state, which has suffered enormously due the terrorism, will not allow Daesh to grow in Pakistan.

Earlier, on 3 October 2015, Pakistan´s Army Chief, General Raheel Sharif, while addressing the Royal United Services Institute for Defence and Security Studies in London as well as during his visit to the USA in November previous year, made it clear Pakistan would not allow “even shadow” of IS in Pakistan.

Calling for global response against IS, DG ISPR Lt. General Asim Bajwa said on 20 November 2015 Pakistan had “zero tolerance” for emerging militant group IS. He added the Pakistani society had rejected the IS and there was no acceptance of the terror group in the country.

What about the IS in Pakistan (Jundallah, Lashkar-e-Jhangvi)?

Pakistani security and intelligence sources maintain that the threat posed by the Islamic State to South Asia is more abstract, with “no operational links yet” between IS and South Asia. Security Officials have said that the men arrested on suspicion of painting the graffiti were mostly former Alactivists and their sympathizers in Pakistani religious political parties. It shows frustration of Al.

Do you think IS is trying – or might try –  to create a base of operations in Pakistan or will it rather use it for recruitment, fundraising, and to get access to Iranian part of Baluchistan?

I do not believe that IS is trying to create its base of operations in Pakistan. I can substantiate my point with the fact that the Islamic State is currently engaged in operations from Iraq and Syria. Secondly, the terrain and territory of Pakistan as well as effective control by the staunchly professional and fighting Armed Forces of Pakistan do not leave space for operations of IS from Pakistani soil. The question of recruitment and fundraising are also unfounded as ground realities over the last 30 years in Afghanistan and Pakistan – especially our unflinching commitment to root out terrorism from our soil – do not provide favourable conditions for recruitment and fundraising. The claims of terrorist organizations are coming out of their frustration. 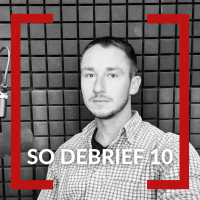 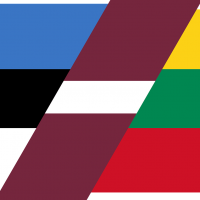 Regional Security Complex Theory and the Baltic states. How have their relations with the Russian Federation changed after the Bronze Year 2007 incident? 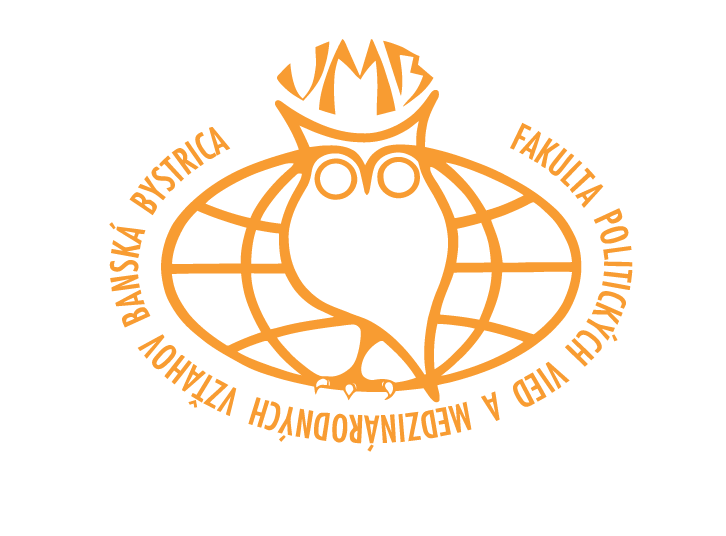