Justice being taken away, then, what are kingdoms but great robberies?

It took time for the troops of the NATO-led peacekeeping force KFOR to establish its control over Kosovo after the war formally ended on 10th  June 1999. The Yugoslav Army (FRY) was on retreat from the Serbian southernmost region, which became subject to deliberate actions of the Kosovo Liberation  Army  (KLA)  –  a  Kosovar  Albanian  paramilitary  group  that  was  considered  a  terrorist organisation for the most of its existence. By then, however, militiamen of the KLA acted as allies  of NATO on the ground, backed up by the US. Seeking revenge as victims of Milosevic’s invasion, they  committed  numerous  violent  crimes,  targeting  primarily  –  but  not  exclusively  –  the  Serbian  minority (Marty, 2010). Up to the present day, this violence remains unpunished, as the KLA was granted the status of KFOR’s partner in restoring order  and  some  of  its  leaders  subsequently made  it  to  the  highest  circles  of  Kosovar  politics.  A  large  number  of  ethnic  Serbs  disappeared during the first post-conflict weeks and were never found again (Flottau, 2008; Lewis, 2011a).

According  to  information  presented  by  the  former  ICTY  prosecutor  Carla  Del  Ponte,  Council  of Europe, Human Rights Watch and several journalists, more than 300  Kosovar Serbs fell victim to forced  abduction  and  transportation  to  secret  detention  facilities in  North  Albania,  operated  by the KLA and their affiliates from the Kosovar and Albanian criminal underworld, sometimes being referred to as the JCE – Joint Criminal Enterprise (ICTY, 2010; 2011; Marty, 2010). Some abductees then  proceeded  to  the  so  called  ‘Yellow  House’  in  Rripe  and  ’Safe  House’  in Fushë-Krujë, both Central Albania, where they found death. Posthumously, their kidneys were removed and sold on the black market (Bottorff, 2011; Milosevic, 2011). Despite the extent of different testimonies on this incident and direct involvement of several international investigators and prosecutors, not a single person was put on trial. The evidence gathered is still insufficient to file an indictment and the Albanian authorities are not keen to cooperate (Flottau, 2008; Thorpe, 2010).

As for the transnational school, Berdal and Serrano (2002: 15) show that prohibition is probably the  worst  kind  of  state intervention  as it  has  a  particularly  destabilising  impact  to  the  sphere  of  illegal. “*T+he state not only creates illegal markets but de facto abrogates the enforcement of many other regulatory laws in these illicit economic spheres”. Albanese (2011: 3) attempts for  a classification  of  transnational  crimes,  which  he  divides  into  three  categories  –  provision  of  illicit goods, provision of illicit services, and infiltration of business or government. The defining feature of transnational crimes is “violations of law that involve more than one country in their planning, execution or impact” and the underlying motive is said to be personal gain and profit (2011: 2-3).

The local school is trying to distance itself from the cross-border activities of criminal groups, and pays  attention  to  the  structure  and  character  of  criminal  organisations  themselves  and  the contexts  in  which  they  are  created  and  perpetuated.  What  matters  here  is  how  the  different groups  are  tied  to  a  particular territory  and  how  they  exercise  their  control  over  such  territory, which can include – for example – the practices of racketeering. It is also important to follow what values are being attached to family ties, and whether there are any codes of secrecy and special symbols  (Finckenauer,  2007).  This  paper  argues  that  the  two  schools  should  not  be  seen  as competing, as suggested by Green and Ward (2004), but, rather as complementary. A theoretical framework inclusive of both the transnational and local paradigm has got, in fact, good prospects for a better understanding of any case of organised crime.

Then, what is transnational about the alleged trafficking in human organs in Kosovo and Albania? Firstly,  the  case  clearly  goes  beyond  boundaries  of  only  one  state.  The  victims  were  Kosovar Serbs  by  their  ethnic  origin,  abducted  in  the  region  of  Kosovo,  which  was,  according  to  the internationally recognised borders, a territory of the  Federal Republic of Serbia in 1999. Despite the  de  facto  non-existence  of  any  boundaries  between  Kosovo  and  Albania,  the  abducted  Serbs formally  crossed  those  (Marty,  2010).  Secondly,  the ‘harvested’  kidneys  from  the  assassinated abductees did not stay in Albania, but left the country via the airport in Tirana for the purposes of overseas transplants (Bottorff, 2011). Thirdly, this was clearly done for the gain of the offenders. The trade in human organs constitutes a lucrative business, and the price of one particular kidney on the black market goes up to €90,000 1  (Lewis,  2011b).  The  high  demand  for  kidneys  can  be further  illustrated  by  another  case  of  illicit  organ  trafficking  in  the  Kosovar  capital  of  Pristina, where the infamous ‘Turkish Frankenstein’ Yusuf Sonmez –  also  connected  to  the  network  of transnational  organised  crime  –  was  running  transplant  tourism  at  the  private  Medicus  clinic, despite having no legitimate licence to perform organ transplants (Brajshori, 2010; Lewis, 2011b).

Thinking  of  the  given  case  in  terms  of  the  local  paradigm,  the  leaked  secret  KFOR  documents (n.d.)  show  the  actors  of  the  Kosovar  and  Albanian  criminal  underworld  in  the  light  of  strong inclination  to  their  own  territory  –  an  attribute  the  highly  fractionalised  KLA  shared  with  them. Importantly,  it  was  also  demonstrated  that  many  persons  involved  in  the  Kosovar and  Albanian organised  crime  served  in  the  KLA,  even  as  high-ranking  officers  (Marty,  2010).  In  the  popular sense, the term “fifteen families” is often used in reference to the Albanian mafia. The division along  family/clan  lines  is  believed  to  be  really  strict  even  in  the  diaspora,  making  the  Albanian and Kosovar organised crime “probably more difficult to penetrate than the Cosa Nostra” (2010: 11, italics in original). The obedience of the mafia members is further ensured by codes of secrecy and honour originating from Kanun – the Albanian customary law from the 15th century, revived after the fall of communism, accounting for the total of 12 books in full, but sold in a paperback edition in the streets of Albanian towns (KFOR, n.d.; Marty, 2010).

Having addressed the issue of the alleged illicit organ trafficking in Kosovo and Albania from the perspective  of  a  transnational  and  local  understanding  of  organised  crime,  the  second  question of this essay remains to be answered. What links can be found between the Kosovar government and the trafficking? At first, it has  to be stated  that  this remains a highly controversial puzzle as there is a significant number of people considering the whole matter just a politically motivated conspiracy (Lewis, 2011a; Thorpe, 2010). Nevertheless, several lines have been drawn.

The  most  frequently  named  individual  –  Hashim  Thaci  –  currently  holds  the  office  of  the  Prime Minister  of  Kosovo.  Thaci  is  believed  to  be  the  leader  of  the  infamous  KLA  faction  called  the “Drenica Group”, a mixture of militiamen and criminals who were directly involved in running the secret  detention  facilities  in  Albania,  violence  committed  against  the  Kosovar  Serbs,  and  the organ trafficking itself (Dominguez, 2010; Marty, 2010). Described as ‘the power behind Thaci’, Xhavit Haliti, who is now a senior member of Thaci’s ruling party (PDK), is also put in a connection to the criminal underworld (Lewis, 2011a).

In the leaked KFOR documents (n.d.), both  Thaci and Haliti  were  identified  as  the  ‘biggest  fish’  in  the  Kosovar  organised  crime.  Although  the documents  show  the  complexity  of  the  problem,  no  credible  evidence  was  collected  and  both Thaci  and  Albanian  authorities  reject  the  claims  about  the  possible  interconnection  of  the governments’ officials and organised crime (Lewis, 2011a). The  Albanian  side  also  makes  for  a  big  obstruction  as  regards  the  past  and  present  attempts  of inquiry by war crimes investigators from Serbia, the European Union, the Council of Europe, and the United Nations Interim Administration Mission in Kosovo (UNMIK) (Thorpe, 2010). Up to the present  day,  no  exhumations  were  allowed  on  the  Albanian  territory,  as  the  authorities  claim “(t)here was no war here, so there are no graves to look for” (Marty, 2010: 9). Apparently the

most successful investigation was performed by UNMIK, which stormed the ‘Yellow House’ in Rripe  in  2004  and  found  a  number  of  bloodstains  and  medical  equipment  suitable  for  organ transplants in and around the house (Flottau, 2008). The Katuci family, who resided in the house at  that  point,  provided  only  highly  contradictory  and  disputable  explanations 2Bodies  of  those who  fell  victim  to  the  alleged  organ  trafficking  were  believed  to  be  buried  along  the  road  to Rripe, however, again, the investigators were not allowed to conduct exhumations (ibid.).

In  his  notorious  article  War  Making  and  State  Making  as  Organized  Crime,  Charles  Tilly  (1985) presented  states  as  being  not  so  far  from  criminal  organisations,  basing  his  ideas  upon  the  link between  extraction  and  protection.  The  key  finding  here  is  that  the  basic  function  of  both governments and criminal groups is the provision of security to those, who pay them money. The experience  from  the  Balkans  shows  that  the  relationship  between  governments  and  organised crime  can  be  far  more  complex.  Especially,  when  justice  is  taken  away,  states  might  become nothing but great robberies.

1 A  brief  internet  research  suggests  that  the  prices  might  be  even  much  higher.  The  online  database  of black market activities Havoscope (2011) shows that in Singapore, kidney buyers pay more than €200,000 per kidney.

2 A granddaughter of Abdulla Katuci, the owner of the house, denied the organ harvesting allegations, claiming that the bloodstains came from a woman who gave a birth in the house. Besides that, according to her, animals were butchered in the house for a Muslim festival (Flottau, 2008; Thorpe 2010).

The Strategic Surprise of the 2004 Madrid Bombings 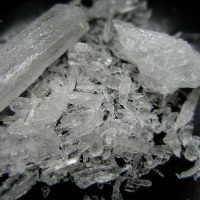 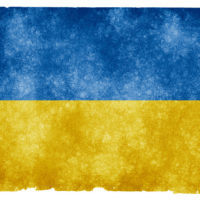