The Kaliningrad region, a Russian exclave locked between NATO countries, presents a unique problem in the relationship between the West and the Russian Federation. Because of the growing tensions on both sides, Kaliningrad has been used as a tool for military deterrence against NATO, causing a build-up of Western and Russian forces in the Baltic region, including the installation of missiles capable of carrying a nuclear payload.

Although the region of Kaliningrad cannot be described as significant in regards to its size, the fact that it is a heavy militarized Russian exclave surrounded by Poland and Lithuania, two NATO countries, and bordering the Baltic Sea, made it a source of tensions in the last two decades. The term “Kaliningrad question” has been coined to describe the complex situation of the region, however, it can refer both to historical disputes between various nationalities, mainly Russians and Germans, about the rightful claim to the exclave, as well as to the issue of thousands of Russian troops and missiles “inside” the NATO borders. Given the recent development in international relations, the latter definition has gained much more relevance.

The period of Russian military buildup after 2013 has been chosen as the focal point for this article, mainly because the Russia-NATO relationship has changed so drastically with the beginning of the Ukraine crisis. All the military movements in a region as strategically vital as Kaliningrad have thus gained much more serious security implications, namely for Russia, the United States, Lithuania, and Poland, but also for EU and NATO as a whole. The goal of this study is to explain the significance and uniqueness of the Kaliningrad region and to examine the behavior of the aforementioned security actors concerning Kaliningrad question and in the context of current geopolitical development.

The current Kaliningrad Oblast, which encompasses a territory of 15,100 km2and is home to a population of 950 000, is one of the 85 Russian federal subjects. It shares northern and eastern borders with Lithuania and the southern ones with Poland, while on its western side lies the Baltic Sea. Majority of the region’s inhabitants trace their ancestry to former Soviet republic, 75% of the population is Russian, while other substantial ethnicities are Belarusians, Ukrainians, and Lithuanians. Germans make up only around 0,2% of the population [24, p. 85]. This demographic structure is not, however, a result of centuries-long development, but rather of Soviet post-Second World War resettlement plans. To explain how this region came to exist, we need to take a short look at its history.

The city of Konigsberg was founded in 1255 by the Bohemian King Ottokar II and the Teutonic Order during the Northern Crusades against pagan Balts. The following influx of German settlers transformed the surrounding regions both linguistically and culturally and Konigsberg became a center of German cultural sphere in the Baltic Sea, first under the Teutonic Knights, later under Prussians. Even after the end of the First World War, Weimar Republic managed to hold on to most of the region, save for a small part of territory annexed by Lithuania.

The Second World War, however, brought an end to German sovereignty over Konigsberg. Realizing the strategic value of the single whole-year ice-free port in the Baltic Sea, Stalin convinced other Allied leaders during the Potsdam Conference to allow him to annex the region. Interestingly, it became part of the Russian Soviet Federal Republic, not of the neighboring Lithuanian Soviet Republic, likely because Stalin wished to maintain a firm hold on the region and did not trust a relatively new member of the USSR, more so because Lithuania itself was violently annexed by Soviets a few years earlier.

The city of Konigsberg was renamed to Kaliningrad one year after the end of the war in the honor of Mikhail Kalinin, one of the original Bolshevik revolutionaries. Stalin had much more drastic changes in store than that of the name, however. As it was the case with other Eastern European regions, Germans were expelled amass and settlers from the Soviet Union, mainly Russian, Belarusians and Ukrainians, were encouraged, and sometimes forced to move to the Kaliningrad region. Throughout the following decades, the region has gained predominantly Russian cultural character. As a result of this development, after the breakup of the Soviet Union, no other country made serious claims to Kaliningrad, except for certain fringe revisionist groups in Germany, and Kaliningrad Oblast remained a part of Russia [13, p. 35].

The Bridge between the West and Russia

As Russia was still not sure about its position in the post-Cold War system, the role that Kaliningrad was going to serve was also unclear. The 1990s were characteristic by the warming of the relationship between Russia and the West, as Moscow found itself in the disadvantageous position and needed to deal with serious economic and other internal issues. This could hardly be achieved without the help from the Western countries, which saw this as an opportunity to turn the strongest heir of the Soviet Union into a member of the new liberal world system. Western and Russian liberals saw Kaliningrad as a potential laboratory for the process of getting Russia and the West closer together [30, p. 29].

Moscow’s liberal policies of the decade exhibited efforts to modernize Kaliningrad through cooperation with the West and the neighboring post-Soviet bloc countries. The region was demilitarized and transformed into Special Economic Zone, which served to support foreign trade and investments [21, p. 5]. However, later during the first decade of the 21stcentury, Russia charted a different course in its domestic and foreign policy, characterized by a resurgence of nationalism, conservativism, and self-reliance. The idea of Kaliningrad as “Baltic Hong Kong” [10, p. 13] was replaced by its new role as military leverage against the Western rivals of Kremlin. The wider development of international relations set a different role for Kaliningrad.

The Rising of Tensions

First security issues came up during the early 2010s. Interestingly enough, it was the US that made the first step, which led to the rising of tensions in the vicinity of Kaliningrad, specifically the US plan to deploy components of the ballistic missile defense system in the Baltic Sea region, announced in 2010. The most significant problem for Kremlin was the deployment of Patriot air defense batteries in northern Poland, just 100 km away from Kaliningrad. This led then-President Medvedev to warn the US that should it go along with its plan, Kremlin would respond with the deployment of its own strategic weapons in Kaliningrad Oblast. In December 2011, shortly after Patriot system was deployed in Poland, a new modern Russian defense radar station was installed in the region, followed with S-400 air defense missiles a year later [25, p. 55].

The context of the situation changed drastically after the Russian-backed separatist began their armed struggle against West-leaning Kyiv government in 2013 and after the Russian „little green men“ occupied Crimea [29, pp. 55-58]. US President Obama announced a European Reassurance Initiative in June 2014 as a response to the Ukrainian crisis. It was designed mainly as a structure of support for training, infrastructure building, increasing of military presence and equipment supply to the eastern NATO members. Except for its obvious material significance, it served also as the US manifest that it will stand by its allies and protect its and their interests against Russia.

Regular air patrols were established, conducted by the Western air forces and thus supplementing for the lack of jet fighters in the Baltic countries’ air capabilities. Furthermore, Lithuanian, Latvian and Estonian militaries received vast support in a form of military equipment and Western military supervisors. Four NATO battle groups, each counting roughly 4000 soldiers, were deployed in Poland and the Baltic states in 2017 and several joint military exercises were conducted [25, pp. 55-56].

ANAKONDA 2016, the largest Western military exercise in the Eastern Europe since the end of the Cold War, which involved a 31 000 troops and a thousands of vehicles from 24 NATO and partner countries, served to display a capacity of the Allied forces in the case of military conflict or different security crisis in the region, a clear, although not articulated, show of force to Kremlin [26]. This event was followed two years later by ANAKONDA 2018, though this involved only 12 500 troops from 10 NATO countries [2] and other smaller exercises.

Although Western representatives insisted that all of these actions were intended only as a demonstration that NATO is capable to respond, not to invade, Kremlin saw it from a different perspective. In 2014, as a response to NATO BALTOPS-2014 exercise, Russia conducted its own military maneuvers, though Kremlin did not reveal the numbers involved [27]. A year later, Russia publicly denounced its adherence to the Treaty on Conventional Armed Forces in Europe from 1990, which set limit the on the military equipment and troop numbers on the continent [25, p. 55]. The most poignant display of Russian conventional military forces in the region, however, was ZAPAD 2017 exercise.

Aforementioned maneuvers took place in Belarus, north-western Russian regions and Kaliningrad Oblast. Although official statements by Moscow and Minsk described it only as a “defensive, organized around an anti-terrorist scenario” exercise [11] with 12 500 personnel involved, according to analyses of several Western experts the actual number might have reached 120 000 troops, making this the largest post-Cold War Russian military exercise. In fact, Commander-in-Chief of the Russian Army, general Salyukov, hinted ominously that “Russia displayed only part of the exercise, actually these exercises deployed on many ranges. These were vast exercises, very interesting” [11]. Part of the exercise was also a simulated defense of the Moscow region by air defense interceptors against cruise missile attacks and test launches of SS-26 Iskander missiles. The maritime activity was also involved, including simulated naval battles in the Baltic Sea [11].

The test launches of Iskander missiles also proved that Russia is willing to use not only conventional but also its nuclear capabilities to deter the West. SS-26 Iskander is a short-range ballistic missile system with an estimated reach of 400-500 kilometers, making it compliant with the 1987 Intermediate-Range Nuclear Forces Treaty, and designed to evade modern missile defenses [17]. The first deployment of the Iskander system took place in 2012, while in 2016 two corvettes, capable of carrying a nuclear payload, were assigned to the Baltic Fleet [4]. Last year, satellite images discovered a construction of roughly 40 weapon bunkers at the Primorsk naval base, which could serve as silos for Iskander missiles [25]. The most recent raising of the stakes on Russia’s was the transfer of Russian tanks in 30 km vicinity of Polish borders in January this year [12].

The situation might get even more hazardous after the recent American withdrawal from the INF Treaty [3]. Unconstrained by the agreement, Kremlin might deploy missile system with much greater range in Kaliningrad, such as the new Novator 9M729 intermediate-range cruise missiles, which, according to some sources, possess a range of 2000 to 2500 km [6], meaning that they could potentially reach even London, Paris, Berlin or Rome.

To summarize the security development of the Kaliningrad Oblast and the surrounding region, the short “liberal” period of Russian foreign policy was replaced by more self-reliant Putin’s policies, which lead to an escalation of tensions between Russia and the West. The location of the region, the relative weakness of eastern NATO members and the fact that American main focus of interest lies in the Middle East and the Pacific, not to mention the fact that the strategic location of Kaliningrad is undisputed Russian sovereign territory, give a significant advantage to Russia. If we look at the numbers, we see that Russian forces outnumber those of NATO in the Baltic region by a ratio of 5:1 [21, p. 3] and only continue to rise. Since 2016, more than 70 formations and military units, including two divisions and three brigades, were deployed in the Western Military District [1].

[30] ŻEGOTA, Krzysztof (2018): „The Kaliningrad Oblast: An Area of Cooperation and Conflict of Interests between the Russian Federation and the West. “ In: Ignmar Oldberg (ed.): Marketplace or military bastion? Kaliningrad between Brussels and Moscow. Stockholm: Swedish Institute of International Affairs, pp. 29-32. 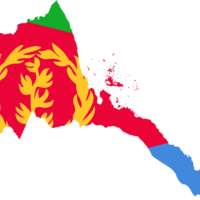 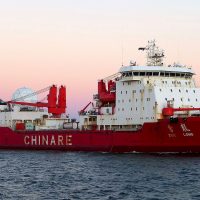 Growing influence of China in the Arctic