Last month (8th of October) marked the death of Abdul Qadeer Khan, one of the most controversial figures of nuclear history. He was celebrated in his homeland as the father of Pakistan’s nuclear arsenal, securing the country’s defence against nuclear threat from its eastern rival, India. He was also labelled a dangerous renegade and the most notorious proliferator of nuclear weapons after smuggling secrets of nuclear technology to “rogue” states such as North Korea, Libya and Iran. Though still hailed as a national hero after admittance of his crimes and years in house arrest, the 85 years old man spent his last years closely watched by Pakistan’s government until he died due to lung complications caused by coronavirus [1]. Still, the success of Khan’s operations as well as the continuation of other “rogue” nuclear regimes shows that there are some serious issues within the current nuclear regime.

Born in 1936, his family migrated to Pakistan during the violent partition of the former British India into independent India and Islamic Republic of Pakistan. Completing his first degree in University of Karachi, Khan moved to Europe where he studied in Germany and later in the Netherlands. There he made his first steps towards his future notoriety.

During his work for URENCO, Khan offered his services to the then leader of Pakistan, Zulfikar Ali Bhutto, promising him to alleviate the issues of the country’s nuclear program. Bhutto, worried about the Indian progress, took up this offer. Khan returned back to Pakistan and with him he took blueprints for a gas-uranium centrifuge as well as a number of contacts that were to help him immensely in his networking future [2][3].

From there, Khan’s star rose steadily. He emerged victorious from his clashes with the Pakistan Atomic Energy Commission and, due to Bhutto’s support, became head of Engineering Research Laboratories, later rather tellingly renamed to Khan Research Laboratories (KRL) in Kahuta.  Not even Bhutto’s execution during the 1979 military coup d’etat managed to dent his career as Khan’s proliferation network yielded its results and Pakistan found itself with enough centrifuges to supply their nuclear program [4]. He was so successful in fact, that by the 1990s, he was able to not only import, but also export and sell nuclear technologies to other nations, such as Iran or North Korea [5][6].

All this  hard work then came to a fruition in 1998  when Pakistan finally managed to detonate a nuclear device. Such action, however, was not taken lightly by the rest of the international community and Pakistan was subjected to severe economic sanctions. Nonetheless, it was still deemed an incredible success and Khan became a national icon of his people, as the one who saved his country from Indian hostilities and provided an impregnable defence against its eastern rival [7].

Despite his success, or rather, precisely because of his success, Khan became a target of close international scrutiny. Despite the West being increasingly more aware of Khan’s illicit dealings, Karachi refused to pay attention to these reports since the West has been opposed to development of the Pakistani nuclear program and as such, these reports were considered to be Western subversion [3]. However due to events connected to the capture of BBC China, where a large number of illicit goods were on their way to Libya, by 2004, it was no longer possible for the Pakistan government to ignore the evidence of Khan’s activities and President Gen. Pervez Musharraf was reluctantly forced to give Khan up [8].

On the fourth of February 2004, the father of Pakistan’s nuclear bomb was charged and admitted to being guilty of providing Libya, North Korea and Iran with technological and intellectual expertise necessary to build nuclear weapons [9]. Khan admitted to his crimes in a televised broadcast in exchange for pardoning and was subsequently put into house arrest [5]. Even though some are sceptical about the rather vague and scripted admission of guilt [3], the event marked the end of Khan’s prominent role in the field of nuclear proliferation, though he still remained a national hero of his people.

Despite the serious nature of the crimes and possible consequences of the nuclear proliferation, the fact remains that only few people were charged and arrested and Khan himself managed to avoid prison altogether. Years after his conviction, Khan still managed to stir up a number of controversies in Pakistan, such as claiming that the dealings he made were at behest of the Bhutto, which goes against Pakistan’s (and Khan’s own) claims that his operations were to certain degree independent and he had free hand in pursuit of his goals as long as it benefited Pakistan [3][7]. He also tried running his own political party in 2012 elections but did not succeed despite his heroic status [7].

While the media in Pakistan paint Khan as the national hero that people can look up to, his image in the Western world is far more controversial. While far from being “James Bond” or “Dr. Strangelove” [10] Khan’s legacy of nuclear proliferation should not be discounted. An ingenious businessman rather than a scientist, Khan was right in the middle of a globe-spanning network of nuclear proliferation, essentially creating a black market of dangerous nuclear technology.

Although this network was originally created in order to secure a supply chain for Pakistan’s own nuclear program, it grew over the years into a pathway to the nuclear club for those countries that could not hope to achieve nuclear status, since they lacked recognition of the larger international community. As such, Khan was able to make a substantial amount of money or recieve technological expertise in fields where Pakistan lagged behind in exchange for his services [4].

Furthermore, given Khan’s support for Islamic countries, his agenda was to a certain degree also driven by pan-islamic goals) [5] or at least his struggle against Western monopoly on nuclear weapons that gave it a significant edge over the third world nations.

In order to fight against this oppression, Khan had to subvert the non-proliferation regime that prescribed tight controls of the sale of nuclear technology, know-how and materials needed to build an atomic bomb. These provisions were laid out in the Non-Proliferation Treaty (NPT) and were supported by a number of other agencies such as the International Atomic Energy Agency (IAEA) that often came into conflict with Pakistan’s nuclear program and it was at its behest that Khan was eventually charged [5].

Although the majority of nuclear suppliers were upholding the NPT and also made up the so-called NSG (Nuclear Supplier Group), Khan still managed to subvert the trading regime established by the group while utilising his former colleagues and college friends. He was in the middle of a net of shady businessmen, front companies, suppliers and client states wishing to acquire the technology. According to his own words, it was not only matter of demand from Pakistan’s (or other client state) but the suppliers, though binded by the non-proliferation legislation, were more than happy to take part in such a lucrative business and Khan himself was often approached with offers to buy dangerous technologies and materials [4].

Khan’s proliferation network was able to circumvent the provisions of the non-proliferation regime by dealing with the suppliers themselves and working on a business-to-business basis rather than the more controlled nation-to-nation level [3]. To show an example: since NSG put restrictions on the export of certain dual-use devices, Khan simply started buying material needed for their construction and built them himself, effectively able to outpace any attempt to stop the proliferation [4][6].

This was even harder due to the sheer scale and range of this proliferation network, the investigators found that Khan had ties to suppliers from Europe (Switzerland, United Kingdom and Germany) and Asia (most notably Malaysia but also Japan, operated from markets in Dubai and used experts from the South African Nuclear program [4].

When it came to Khan’s customers, the most important ones were Iran, North Korea and Libya. Today’s Iranian nuclear program (or most precisely, Iranian facility in Natanz) could not be built without Khan’s support and Khan made multiple visits to the DPRK, where he exchanged technologies [11]. The fact that both of these countries and their nuclear program remains to be under close international scrutiny and distrust, it is no wonder that Khan was sometimes called “the most dangerous man in the world” [11].

Impact of the network

The gravity of existence of a proliferation network based on the sheer size of its operations as well as the number of actors participating in it cannot be understated. It points to some serious issues within the current non-proliferation regime and shows that there are new trends on the rise, that the situation evolved from the Cold War dynamics of the past.

One of these new realities is the change in how nations can reach nuclear status and build up their nuclear arsenal. They no longer need the patronage of cooperative nuclear great power, but can achieve nuclear status merely with assistance of shady businessmen that connected them with the right suppliers. Today, the largest barrier to becoming a nuclear power, given the existence of black market and proliferation networks, is not the lack of nuclear materials or technological expertise, but money. With enough finances, any nation can have access to nuclear weapons [6].

Unraveling of Khan’s network brought into light many flaws of the non-proliferation regime and served as a call to further enhance and expand on the tools used to combat the further proliferation. These range from improving the workings of NSG, as many of them took part in the smuggling (such as South Africa) and expanding since there is a number of states that have the capacity to supply nuclear material and devices (such as Malaysia) [3]. As such, it is reasonable that more countries should become NSG members and that dealings of these countries should be under closer scrutiny [5].

Furthermore, the reveal of Khan’s activities also contributed to adoption of UN Security Resolution 1540 further promoting stricter rules against further proliferation of nuclear weapons [12]. Additionally, it also pushed for expansion of PSI (Proliferation Security Initiative), a set of principles that allow for interdiction of transfers that might be connected to nuclear weapons trade and which were used during the above mentioned capture of BBC China [5][13].

Even though Khan’s myth is to a certain degree exaggeration both, in terms of his value as a nuclear scientist and as the world’s largest proliferator, Khan still holds a special place in the history of nuclear proliferation. His aid to DPRK and Iranian nuclear programs have serious consequences for the world of today, with North Korea being able to put its weapons into (limited) practice and Iranian nuclear program being subject of continuous negotiation, especially regarding the so-called Iranian Nuclear Deal.

Furthermore, unraveling of his proliferation network shook the international community as it proved that restrictions imposed on proliferation on dual technology/devices/know-how are not as effective as they should be and that there is a growing black market that offers resources to build nuclear weapons to any actor capable of financing it.

Abdul Qadeer Khan might not be as great as is his myth, but he impact on the world of nuclear proliferation was significant and tangible even today.

[2] Subramanian, N. (2021). Dr AQ Khan: ‘Father of Pak bomb’ and stealer of nuclear secrets, revered even after fall from grace. Retrieved from https://indianexpress.com/article/explained/explained-dr-abdul-qadeer-khan-nuclear-secrets-hero-pakistan-7563836/ 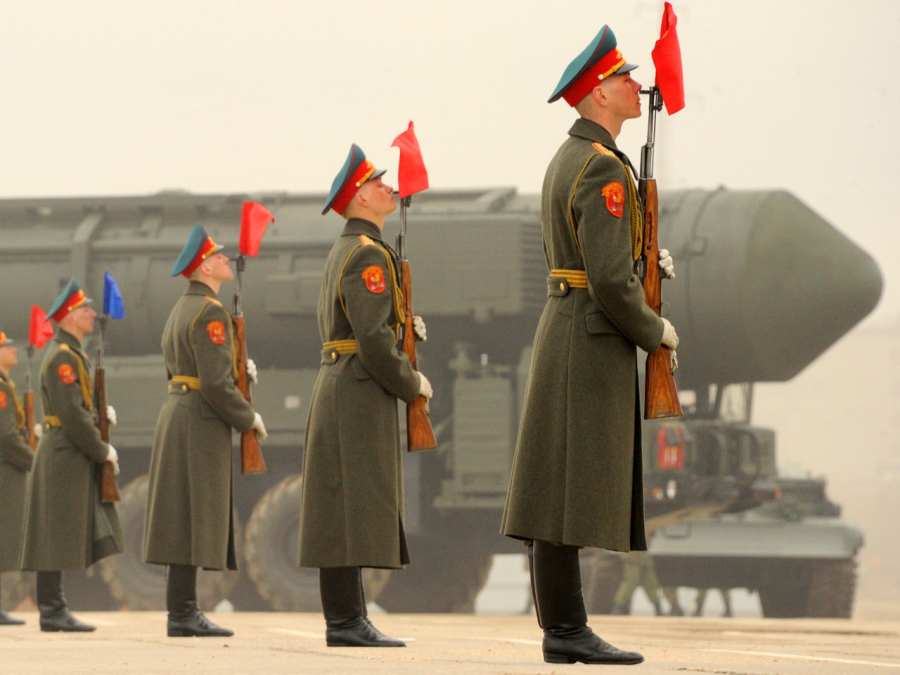 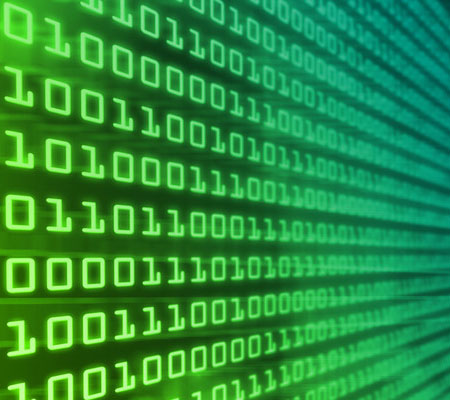 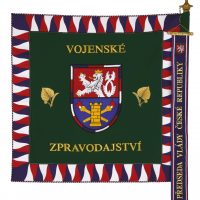