Mr. Casolini, how do you assess the prospect of obtaining Eurofighter by smaller countries like Czech Republic? Do you think that Eurofighter is competitive in this field with lighter aircrafts such as Gripen, Fighting Falcon or even F-35.

Eurofighter Typhoon is more than competitive with all the contemporary offers: the total package of joining the “Typhoon Family” provides not only benchmarked “omni” role capability, but holistic benefits of inter-Nation collaboration both industrially and Militarily. This unique relationship with the founding four partner Nations of Germany, Italy  Spain and the UK, cannot be replicated by any other offer, and all future Customer Nations, whether large or small, can value the impact to them of such a relationship.

We can observe the advent of very advanced aircraft, which are going to compete on international market such as Rafale,F-35, Gripen and of course Russian fighters such latter of members of Su-27 and MiG-29 families. According to you, what are the main advantages of Eurofighter aganist these competitors?

Any fighter acquisition process involves a number of different factors including political, industrial, and operational. Keeping strictly to performance/operational/effectiveness terms, the Eurofighter Typhoon has simple and clear advantages respect its direct competitors:

With emphasis on the design solution: Eurofighter Typhoon has been designed as multirole but optimised for air superiority. One of the main tenets in combat aircraft design is that “you can turn a fighter into a bomber but not a bomber into a fighter”. In our case it means that Eurofighter Typhoon will be able to cover all the air dominance capabilities requested by the air forces today and in the future. This is basically achieved by integrating Air-to-Surface weapons and tweaking some avionics; no intervention is required on the aero design and the performance designed for Air-to-Air is more than adequate for the Air-to-Ground envelope.

The Eurofighter Typhoon is a much more powerful air superiority fighter than those mentioned and basically better/equal to the best of the list in the strike role, but with a much better radar. It has more potential for growth in all systems. Its engines give it a better thrust-to-weight ratio and are more technologically advanced, with an untapped reserve of growth power, if needed. Therefore it will fit better in the present and future order of battle of the Air Forces. By being able to perform all missions at the highest level of performance it will fit and adapt as the operational circumstances dictate. As the achievement of air superiority or even better air supremacy is and will remain the first objective of a competent Air Force.

On what aspects will future modernization programs of Eurofighter concentrate on? Some analyst suggests, that there should be more stealth features, thrust vectoring etc? What do you think?

The Eurofighter Typhoon has a continuous development path. It is a young platform (it entered in service at the end of 2003, recently achieved 110.000 flying hours) with a large and comprehensive four partner nations enhancement program. The program plan has a periodical two years major updates sequence. In spring 2009, the Eurofighter Supervisory Board approved a far reaching capability development study for the Typhoon Weapon System keeping the weapon system ahead of all rivals well beyond 2020.

Beyond 2020 Typhoon will compete with F-35 and PAK-FA and is likely to be the only non-aligned platform available to nations wishing to acquire an in production manned fighter aircraft. To ensure that Typhoon can offer a credible alternative in this timeframe, it is envisaged that the comprehensive development programme will continue across the aircraft design and all aspects of the Weapon System, including such items as stealth measures, new mission systems, updated HMI and improved platform kinematics (including thrust, mass, flight envelope, range and fatigue life). Such upgrades will continue to retain air superiority over the competitors /threat (particularly PAK-FA and FC-20), and have relevance to current Users.

Air superiority is a necessity and the enabler of most war operations. Since the start of WWII in 1939, no country has won a war in the face of enemy air superiority, no major offensive has succeeded against an opponent who controlled the air, and no defence has sustained itself against an enemy who had air superiority. Conversely, no State has lost a war while it maintained air superiority, and attainment of air superiority consistently has been a prelude to military victory. This situation is likely to continue in the future and become even more important even if only in the air policing role. A fighter aircraft is an investment to guarantee deterrence and superiority against any potential threat for every nation.

Which country do you see now as the most promising buyer of Eurofighter? There is a large tender in India, where the final choice will be between Eurofighter and Rafale, but where are the other potential markets?

India of course is globally the largest competitive tender for multi role combat fighters; the decision has strategic importance and impact on various markets. Other large tenders include Japan and South Korea, two countries traditionally linked with US that have for decades only procured combat aircraft from the US; a change from this tradition will send shockwaves industrially and geo-politically.

In addition almost all the Arabian Gulf countries are interested in a new fighter, as are Central and Eastern Europe countries. Eurofighter Typhoon is a realistic solution, giving nations such as the Czech Rep., Poland, Bulgaria, Romania, Croatia, Slovakia and Serbia potential for a common platform and opportunity to establish closer bilateral political/military agreements between them and/or between them and the four partner nations. These joint opportunities could provide efficiencies and strength in areas such as affordability, logistic support, training, capability growth, and component production. This investment brings economic benefit through local participation and equally strengthens European collaboration through spending European money in Europe.

Could you comment on the affect of the financial crisis on the weapon industry?

Easy to answer that financial crisis affects defence budgets, and therefore directly impacts the update of the defence aircraft fleets. However where a local defence industry exists and has a role in the development of a country in terms of technological and industrial assets, Governments that have  a long term vision to invest in defence, will gain technological spin off that uniquely come from this sector, along with the knowledge gained and skills developed by the people involved.

There have been some talks regarding possible rearming of Libyan rebels by some NATO countries. Could you comment, at least in general, what is the position of your company towards issues of such parameters?
No comment. This is a political issue out from our field of activity 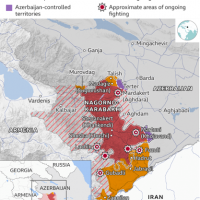