We might feel that the concept of lunar colonization belongs more to science fiction literature than everyday reality, but according to plans of the great powers, we might see the first permanent settlements within our lifetime. The United States and Sino-Russian space agencies are planning to walk on the Moon within the frame of the current decade and these trips are set to  only preface before more serious attempts at taming Earth’s natural satellite. However, given the clashing interests of the interested nations and the special status given to celestial bodies by the Cosmic Treaty, lunar colonisation might bring its own set of geopolitical, or rather astro-political, issues.

Not so distant future

Currently, we can talk about three main projects that choose the Moon as their target. There is a largely commercialised US lead initiative in the form of the Artemis Plan, Sino-Russian axis and EU’s project of so-called Moon Village. Though these projects are still in their infancy, especially in the case of the latter two projects, they nonetheless offer more or less concrete plans for the future role of the Moon as an avenue of mankind’s expansion.

Artemis is the program that is likely to be the first project to succeed. Though the first moon landing mission was supposed to take place in 2024, current estimates are that such landing will happen no sooner than 2025 [1], however, it is still likely it will achieve its goal sooner than the joint project of the Russian Federation and the People’s Republic of China that is plagued by the lack of coordination and political will to resolutely continue. Artemis itself is based on Space Directive 1[2], drafted by the late US President Donald Trump to make the USA the leader in the industry and with its ultimate goal to create a foundation for the future settlement of outer space [3]. The actual aims of the project are then to build a “Gateway” orbital station, land on the Moon’s surface and build a permanent settlement there [4]. Though the project is an essentially US initiative, it cooperates with other countries (such as Japan or the United Kingdom) and more notably also with commercial subjects and private entrepreneurs (such as Elon Musk’s SpaceX) [5].

The other Moon targeting project is the International Lunar Research Station (ILRS), a joint project of Russia and PRC. In the roadmap they revealed in June of this year, they showed their plans for building a permanent settlement on the surface of the Moon that should start in 2025 [6]. However, unlike the US lead mission that focuses on the aspect of getting people (notably a first woman [8]) on the Moon’s surface as soon as possible, the Sino-Russian proposal is not planning any human landing until the next decade (8) However, there are some questions over the feasibility of the ILRS programme since it requires balanced cooperation of two sovereign great powers with their own political goals, needs rapid advancements in technology and will require a significant amount of wealth poured in, which is especially difficult in case of the Russian underfunded space program [9].

Lastly, we can talk about the EU’s project of “Moon village” that proposed the creation of a lunar colony that would not only be a physical place but rested on ideological and normative values of the European Union and shared with the whole international community [10]. However, given the lack of progress in the years following the declaration and since many of the nations that should be part of the Moon Village project decided to follow Artemis Plan instead is putting some serious doubts about the future of the project.

However, should at least two of these projects succeed, it is not unlikely that the goal of both these missions, a sustainable settlement on the Moon’s south pole, will become a new source of tension between the parties.

Value of the Moon

Though the prospect of permanent Lunar settlement might not exactly seem reasonable, given the bleak picture of Moonscape and its inhospitable environment stemming from the lack of atmosphere, extreme temperatures and threat of solar radiation or asteroid impact, certain benefits could be exploited.

The first and obvious reason for such a settlement would be purely scholarly – such colony could offer us a wealth of insight into the nature of celestial bodies, long-term effects on human physiology and give us technical know-how of how to build and operate such a settlement, which is necessary for more ambitious projects such as the colonisation of Mars (that is notably more in the area of Science Fiction) [11].

However, there is also a more practical reason for the colonisation of the Moon. Given the lack of atmosphere or significant gravity, pull means that ejecting satellites and other devices into Earth’s  orbit is much easier and cheaper than doing it from the Earth itself. As such, the Moon could offer a perfect base for the future of interplanetary travel. [12]. Apart from providing more affordable means of sending devices into orbit, some scholars also claim it could offer an ultimate “high ground” because anti-satellite weapons would be also more cost-efficient while harder to detect, than if they were released from Earth’s surface [13].
Furthermore, there are also deposits of Helium 3 that are otherwise impossible to find on our planet and are considered to be the key to nuclear fusion technology. While said technology is as Sci-Fi as the lunar colony itself, it is nevertheless a fact that is taken seriously by the space programmes themselves.

Lastly, there is also the matter of international prestige that such a colony would bring. Some fear that we might approach the level of Cold War competition among the nations and the Space Race was a rather significant area of said competition, despite it having a very little actual impact on Earthly politics. The fact that Artemis proudly claims to send the first woman and first person of colour to the Moon also points towards an attempt to enhance national prestige [7].

The international law regarding outer space and the Moon is mostly sourced by The Outer Space Treaty (also known as Cosmic Treaty). According to the treaty, the Moon has several properties that make its colonisation and exploitation rather difficult and politically controversial. The Moon is expected to be treated as a common heritage of whole mankind and used for solely peaceful purposes and cannot be subjected to national appropriation (second article of the OS Treaty) [14]. Though there is also the so-called Moon treaty in existence, that provides additional legal treatment of Earth’s natural satellite, it is not signed by the US, China or Russia and as such, its relevance is questionable at best.[15] .

This poses several issues for the would-be settlements, especially if they are going to be treated as national projects. Firstly, such settlements could not be considered a territory of the nation that build them (since that would imply territorial appropriation), they would have to be open to inspections from other nations (that would put a serious organisational strain on the settlement and its resources) and they could not claim any resources to be its sole domain since any and all those resources should, according to the treaties, belong to all. Since the settlements are supposed to be to a certain degree self-sufficient, any issue regarding the acquisition of the necessary resources, such as water that can be found on the poles, could easily escalate due to the vagueness and lack of foresight of the current treaties.

As such, it is to be expected that at least some adjustments to the treaties have to be made, but given the fact that both Artemis and ILRS came up with their legislation regarding the matter, with both stating that their actions are in full compliance with the current treaties, it is unlikely that there will be enough political will to create a united set of rules which could both parties refer to.
The majority of the Moon is rather inhospitable not only to human lives but also to our equipment and technology. As such, the majority of human activity is set to be on the lunar poles where the temperature is not as extreme as in the more equatorial areas. Furthermore, the Moon’s ice caps can provide the source of water that any self-sufficient and sustainable settlement requires and that would be otherwise rather costly to transport.

Apart from temperature and water, both ILRS and Artemis chose the south pole as the target of their missions also because it is thoroughly mapped out and there is also access to sunlight, which can be then transformed into energy through solar panels [16].

This then poses a serious issue of clashing interests in the region as well as the issue of appropriation of the lunar resources. Even though it is possible, and even likely, that the claim such resources are acquired in compliance with the treaties, the issue of fair sharing of these resources is going to be difficult to address and settle. It would not be far-fetched to consider the nearing date of Artemis operation as a way to make sure that they will be the first to arrive and thus the first “to be served”. The probability of the US willingly and sincerely cooperating with competing nations (especially given the US’ commercial interests shown by partnering with the private sector) and allowing them a fair share of the resources or even infrastructure is then something that is not exactly certain.

Given the possible benefits of the lunar colony (discussed above) it is to be expected that nations competing with the US are going to do their best to “catch up” with Artemis to reap the benefits themselves or to at least stop the US from achieving a dominant position in the area. As such, it is not unlikely that the situation will not turn into a Space Race like we have not seen since the 1970s.

Although it is difficult to speak with any sort of certainty about matters that are borderline fantastical, the recent development of space technology, its “democratization” and commercialisation are likely to result in rapid advancement in the field. As such, it is not futile to try to look at the issues that lunar colonisation might bring to better prepare for them. We can expect that international law regarding the treatment of celestial bodies will be strained to its limits due to the need for exploitation of resources to sustain the lunar colonies and increased national rather than international interests in the area. The issue of territoriality and strategic viability will likely be a source of conflict and competition given the limited space of the south pole.

Though it is a tempting prospect to look at the future of outer space colonisation through rose-tinted glasses, we should still be wary of the consequences for the industry, that depends so much on international cooperation and the future of Space as a common heritage of all mankind.

[8] Pultarova, T. (2021). Russia, China reveal moon base roadmap but no plans for astronaut trips yet. Retrieved from https://www.space.com/china-russia-international-lunar-research-station.

[11] Fecht, S. (2013). Six Reasons NASA Should Build a Research Base on the Moon. Retrieved from: https://www.nationalgeographic.com/adventure/article/131220-lunar-research-base-mars-mission-science.

[15] Treaty on Principles Governing the Activities of States in the Exploration and Use of Outer Space, including the Moon and Other Celestial Bodies, New York, 19 Dec 1966, United Nations Treaty Series, vol. 610, No. 8843, p. 205, Retrieved from https://www.unoosa.org/oosa/en/ourwork/spacelaw/treaties/outerspacetreaty.html 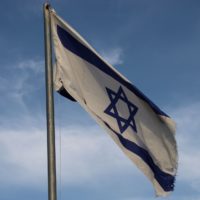 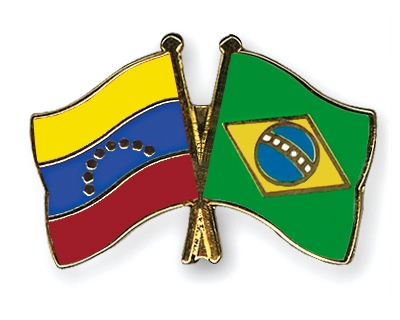 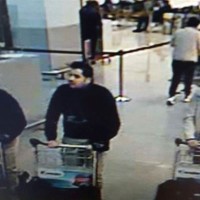