On 5 July an agreement between the military and civilians was reached, after several months of deadlock. A turbulent period of negotiations and violent repression preceded the final resolution of the crisis which erupted after the removal of the autocratic president Omar al-Bashir. While the military intended to stay in power for a transitional period, protesters demanded an immediate establishment of a civilian government. The final agreement is a compromise between the two demands; however, it leaves Sudan’s stable future far from granted.

The protests first started in December 2018 when a wave of demonstrations sparked across the country. The protesters took to the streets mainly due to soaring bread prices, a consequence of a deep economic crisis that has been plaguing the country since 2011 [1]. Shortages of basic commodities and a cash crisis also fuelled the popular uprising. However, protests concerned mainly with unfavourable living conditions quickly transformed into anti-government rallies, with the main ambition of deposing the then-president al-Bashir.

The Sudanese Professionals Association [2] soon became the leading organiser of the protests, with political parties and eventually even segments of military joining in, refusing to defend the regime. In February, al-Bashir refused to step down and declared a one-year state of emergency, banning public gatherings and political activities. Nevertheless, the protests continued, and on 11 April, al-Bashir was overthrown by the military, after almost three decades in power. To fill the immediate leadership-vacuum, the armed forces established the Transitional Military Council (TMC).

Since then, the struggle has transformed into one between the Sudanese protesters, who seek civilian rule, and the military, which tries to strengthen its grip on power. Officially, the TMC was supposed to oversee the transition from dictatorship to democracy, which ought to have lasted up to two years. Nevertheless, Sudanese protesters – bearing in mind the lessons learned from post-2011 Egypt – sensed the danger that a seemingly temporary military rule might present. Furthermore, the protesters accused the military leaders of being implicated in the problems that ignited the demonstrations in the first place. Hence the protests continued, demanding that the military cedes power to a new civilian government with an immediate effect.

Attempts to negotiate an agreement between the civilian leaders and the TMC representatives followed, albeit at first they proved rather futile. As talks hit an impasse and the TMC proclaimed that it would not allow civilians to lead a transitional government, the security forces cracked down on protesters and violently dispersed the peaceful demonstrations at the beginning of June. According to the protesters, the death toll was at least 128 people. The Rapid Support Forces (RSF), a paramilitary organisation behind the crackdown, is widely associated with the infamous Janjaweed [3]. Fears of a large-scale armed conflict became imminent, with one possible scenario being a violent conflict between the RSF and those in the Sudan Armed Forces who refuse to see the country controlled by brutal militias. Sections of the security and intelligence services may also still be loyal to al-Bashir and add to the trouble in the future.

In this dire situation, Ethiopia’s prime minister Abiy Ahmed played a crucial role as a mediator between the protesters and the military leaders, and brought both parties back to the negotiating table. In cooperation with the African Union (AU), Ethiopia drafted a proposal tackling the problem of transitional leadership, suggesting the establishment of a predominantly civilian body, albeit only by a small margin. The TMC agreed to resume talks about the final agreement based on this proposal and so did the opposition. Nevertheless, new protests were soon organised to demand civilian government and to honour the “martyrs” of the 3 June crackdown. The so-called “million march” was met with a military intervention resulting in at least seven deaths and more than 200 wounded.

The continuous and vigorous civilian resistance made it clear that the public would not accept any negotiated deal that would grant the military a dominant position in the new governing body. Thus, the agreement reached on 5 July gave both the military and the civilians five seats in the new council, with one additional civilian appointed collectively by both sides (resulting in the total of 11 members). The presidency of the new council will rotate, with the military being in charge for the first 21 months and the civilians for the following 18 months. At the end of the transitional period, democratic elections should ensue. Furthermore, the parties agreed upon the establishment of an independent commission of inquiry that would investigate the violent events that have taken place in the country since April.

The agreement certainly is a cause for optimism, as it may finally pave Sudan’s way to democracy and disperse the worst fears of armed conflict, prompted after the violent reprisals. However, for the agreement to hold, support from the international community will be crucial. The AU has already expressed its inclination towards civilian rule in Sudan, as it has suspended Sudan’s membership in the organisation due to the TMC’s unwillingness to cede power. However, the AU’s ability to enforce adherence to an intra-state agreement will likely be severely limited. The United States, whose support in a democratic transition could have a substantial effect, have so far been rather reluctant to engage in the situation. The hesitance likely stems from that US allies Saudi Arabia and United Arab Emirates support the Sudanese generals, and their autocratic governments are likely to oppose democratic rule in Sudan. Finally, given the fact that if the agreement breaks down and an armed conflict ensues, the European Union will likely deal with a refugee problem of yet unimaginable scale, the EU should also expand its actions to support the peaceful democratic transition beyond proclamations and condemnations.

Although celebrations have pervaded the streets of Khartoum, the threat of an armed conflict or reversal to an autocratic rule still looms. While at first glance the deal seems to embody the best possible compromise, certain pressing issues remain unaddressed. Mohamed Hamdan “Hemeti” Dagolo, the head of the feared RSF, is likely to get a prominent role in the new governing body as a representative of the military. Given his involvement in the 3 June crackdown, it is rather certain that this controversial nomination will not be well-received by the public. Furthermore, many also fear that as the military will be in charge of the council for the first 21 months, it will use that time to consolidate its power and then prevent the leadership handover to civilians, thus remaining in power indefinitely. It is, therefore, clear that although the agreement was a vital step on a long way towards democratic rule in Sudan, the struggle for democracy is far from over. The vigilance of the citizens who once risked their lives to start the democratic transition will be a prerequisite to the successful completion of the peaceful democratic transition.

[1] The economic crisis began after the secession of South Sudan in 2011, as the newly independent country took the oil wealth that had once belonged to Sudan.

[2] The SPA is a coalition of miscellaneous professional unions, including doctors, lawyers or journalists.

[3] The Janjaweed militia is notoriously known for the atrocities it inflicted on the civilian population during the War in Darfur. 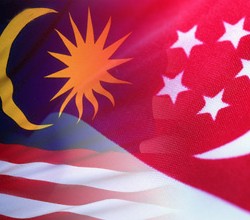 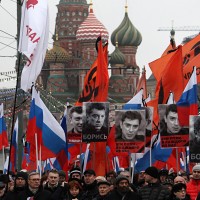