**Hello, Mr Bostic. First fo all could you describe us shortly your career? When did you join USAF, your combat experience and how have you joined US Air National Guard?**

I joined the USAF in January 1988 and went to Officer training and flight screening that summer. We flew the Cessna T-41 (a Cessna 172 Skyhawk) in Hondo, Texas for 20 hours with the stresses of pilot training to prepare us for the training ahead. Then I arrived in Phoenix, Arizona to Williams AFB to fly the T-37 and T-38. After one year there I got my wings and went to Hollomon AFB, New Mexico for Basic Fighter Training. There we learned the basics of air combat and aerial gunnery and bomb delivery. Upon completion it was back to Arizona to Tucson where I learned to fly the A-7 Corsair II for 8 months. I then moved to the Island of Puerto Rico for 4 years and flew the A-7 in depolyments to South and Central America. In 1993 I returned to Tucson, AZ to check out in the F-16A Falcon. After training I moved to San Antonio Texas and have been a reservist with the Texas Air National Guard ever since. I also currently fly Boeing 737’s for Southwest Airlines in Dallas, Texas.

**Did you come across a dangerous situation in your combat experience? For example did you have to intercept enemy aircraft?**

Yes a couple of times in operation Southern Watch in 1997. The coalition would fly combat air patrol over the Shiite tribes in Southern Iraq to prevent helicopter attacks by the Iraqi Air Force. We would fly at medium altitude; 20,000 feet to stay away from most small arms threats. The Soviet 57mm however was very effective at that altitude. We would hear warnings that the Anti Aircraft Artillery was firing sporadically, but we could not see the explosions to manuever away. It was very nerve racking! Saddam had put a bounty on us and anyone that could shoot down an American would receive a new Mercedes Benz! There were also many Mig 21, Mig 25 and Mirage F-1 flights that would take off causing the coalition to race to the Baghdad area only to see the aircraft turn to the their bases and land. It was a cat and mouse game for 12 years!

**Could you describe us usual tasks of the US Air National Guard?**

The usual tasks for the Guard or Reseves is training. We are very experienced in our respective aircraft whether it is a C-130 an F-15 or a Helicopter. Our maintence technitions are very experienced also. Most members have been in the service for 15 years up to 30 years in a reserve status. 80 percent of Guardsmen have other careers as Lawyers or Doctors or Pilots. We meet about 6 days a month to train on our aircraft. My unit is unique in that we train new F-16 pilots just out of pilot training. One other Guard unit in Ohio trains the Dutch pilots for the Royal Netherlands Air Force.

**Do you often train with other air forces around the world?**

Quite frequently! At least every other year. We are going to Chile in February 2010 to train with their F-16’s. We work with the Canadiens mostly and the Germans train in New Mexico so we see them frequently. Eastern Europe is a new empahasis and many units have traveled to Romania, Poland, Hungary, Bulgaria and the Czech Republic.

**Now lets talk for a little while about czech deployement. How many aircrafts and gruond staff did come to Czech republic?**

We brought 6 F-16 BLK 30’s to the Czech Republic. 89 ground staff and equipment came aboard 2 C-130’s and a C-17. The aircraft stayed at Caslav and the unit was billeted in Pardubica. We flew eight lines daily, four in the AM and four in the PM. The first week we worked excusively with the Gripen in Air to Air combat and the second week we worked with the ALCA’s and Joint Tactical Air Controllers from Nameste. The second week was our focus because the Forward Air Controllers are currently very busy in Afganistan and the training was tailored to the Czech JTAC’s.

**What is your overall opinion about Czech Air Force and its staff? What did you appreciate from professional point of view and in which areas do you think our AF could be improved?**

My overall opinion is that Czech Air Force is very professional and capable. It is smaller than some Air Forces but more Elite in many ways. The JTAC’s from Nameste were some of the best I’ve ever seen or worked with. Clearly better than the US JTAC’s in similar situations. The Gripen is a modern fighter with many more capabilities than the F-16. The F-16’s avionics are superb, but it is 20+ years old. I think we had a thrust advantage over them, but we were clean and the Gripen was often on NATO alert loaded with tanks and ordnance. The Gripen matches up well with an MLU F-16 or a Blk 50 F-16.

The Czech AF is top notch. I think money is always an issue for improvement. The Staff, Pilots, Technitions and facilities are there in the Czech AF. The equipment keeps getting more expensive! The Czech Air Force could operate in any contingency worldwide. It’s the funding that limits many areas of the Czech AF. I think the future of aviation will have a lot of Unmanned Ariel Vehicles (UAV’s) and with the Czech Aviation infrastructure, that would be an area that could see some growth.

**In which situations do you think is better to seat in Jas-39 and when would you prefer F-16?**

The Jas-39 is superior in the BVR (beyond visual range) environment because of its modern avionics suite. When the Gripen gets the Helmet mounted sight (JHMCS) with its canards and manueverability, it will be equal to all current fighters including the Typhoon. I would prefer the F-16 in a non Helmet Mounted Sight fight and of course ground attack, where the plane is fast, manuerverable, stealthy and accurate. The F-16 also has long range especially with Air Refueling. We flew 10.5 hours on our way home from the Czech Republic. 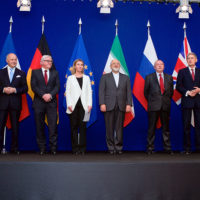 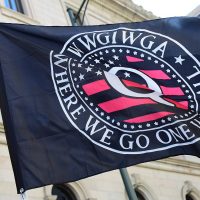