In November 2020, the NATO Public Diplomacy Division (PDD) held its annual #WeAreNATO campaign conference. This two-day conference brought together members of national delegations, NATO representatives, communication experts and for the first time – youth delegates from all around the Alliance. The key focus of the #WeAreNATO campaign is to raise awareness of NATO’s role and activities, mainly among young audiences. The Chief Editor of Security Outlines had the opportunity to be part of this event as a Youth Delegate and offer you a report from the key panel discussions.

Due to the ongoing Covid-19 pandemic/crisis, this year’s conference was held virtually. Despite this change, the event offered several interesting topics, discussions and even a networking space where you were able to meet and chat with other participants of the conference on video.

Ambassador Baiba Braže, Assistant Secretary General for the Public Diplomacy Division at NATO, opened the conference with her welcome speech. In her speech, she stressed the role of NATO during the pandemic – even though the Alliance was not the first responder to the Covid-19 crisis in spring, they made sure that the crisis did not become a security one. Not only did NATO assist with the distribution of medical material, but it also rapidly intensified its communication towards the broad public. Strategic communication plays a crucial role at NATO and the #WeAreNATO campaign is part of it. NATO continuously evaluates its approach– it is important to identify what works, what does not, and what can be done to improve, and which actions should be embraced to strengthen peace, security and mutual cooperation.

The #WeAreNATO Campaign So Far

Ben Tufft, from NATO PDD Strategic Communication, opened up the first session with the introduction of the #WeAreNATO campaign and its work so far. Encouraged by member states, in 2017, NATO Headquarters started to pursue its effort to enhance communications towards young people among the Alliance. The first ones to join the campaign were Canada, Portugal, Romania, Slovakia and United Kingdom, later joined by Bulgaria, the Czech Republic and Turkey.

As mentioned, the key audience is young people, between 18 and 25 years old. The choice of a target audience is based on audience research. The topic resonating the most amongst younger audiences is the support of international collaboration and cooperation, and the current focus lies on NATO as a facilitator of them.

Hence, through the #WeAreNATO campaign, NATO aims to introduce a softer side of NATO to the youth to make it more approachable – through human stories, diversity in military, implications of climate change and others.

During the onset of the Covid-19 crisis, the communication of NATO intensified not only in terms of pure numbers of posts (more than 400 posts on Instagram, almost 2 000 posts connected to the campaign on all social media platforms) but also in increase of scope and scale of virtual events. The increase of events was also confirmed by the NATO Engagement section. the main goal of this unit is that NATO is a well understood organisation.

Nowadays, NATO is consistently developing and improving its campaign approach. The main campaign instruments will consist of short targeted campaigns on the regional level, so called capsule campaigns. They will be localised and tailored specifically for a certain region, and will have independent evaluation as well.

The key question for the campaign is how to make it SMART (specific, measurable, achievable, relevant, time bound) to the audience. In order to achieve this, NATO is using the OASIS model, which is the abbreviation for Objectives, Audience insight, Strategy and ideas, Implementation and Scoring. The objectives may be divided into the policy and communication objectives – in both cases, they need to be specific and measurable. Statistics are vital for the audience insight – based on those the strategy and ideas can be designed. The strategy needs to encompass an overall approach, identify its channels and key messages, needs to be relevant and proportionate and ideally knows its audience and their communication preferences. Scoring is then the measuring of the outputs and outcomes.

The campaign is based on mutual support and cooperation. NATO PDD offers support in content creation and suggestions for new projects. Some of the highlights of the #WeAreNATO campaign across various countries so far include: a NATO run, educational events in schools or the presenting of NATO servicemen and servicewomen stories.

Henry Collis from the UK Prime Minister’s Office chaired a panel on disinformation and resilience. He pointed out that we are experiencing a spread of disinformation nowadays like never before.

Brigadier General Jay Janzen, Director General of Military Communications in the Canadian Armed Forces, offered a wider context of the disinformation era. In his point of view, we are experiencing the era of a clash of values and great power competition. Today, victory means having a winning narrative. The key focus is to understand shifts and trends in our key audiences and to build resilience. Another important point is to decide whether and if so how to respond to specific disinformation. The problem may be that once you dive into the arguments, you potentially only reinforce the spread of disinformation itself. Rather than that, it is crucial to build trust, because that is the key commodity to make sure that one is well understood. And in that, the #WeAreNATO campaign can be one of the tools. If we lose trust, we lose the narrative. This message was also complemented by Oana Lungescu, NATO Spokesperson. She stated that we need to stick with authenticity and transparency.

Prof. Tali Sharot, a behavioural scientist from the US, also contributed to this conversation. She presented results from a study which uncovered the need for information as a human need, which is similar to the need for water or food. If we receive it, consume it, it brings us a positive, satisfactory feeling. But due to the amount of information we consume, it is very easy to encounter disinformation too. The trick is that if someone repeats the same disinformation long enough, people will start to believe it – simply because they remembered it. They do not know where or whom from, but they remember it.

The Future of #WeAreNATO campaign and NATO itself

This annual conference made clear that NATO focuses on the young generation, who know less about NATO.

Facilitate the understanding of NATO’s role is much more important with the upcoming young generation, which did not experience the Cold War for example. The good news is that due to the increased communication during the Covid-19 crisis, the perception of NATO among youth positively increased. Still, building trust, awareness and a well-informed society is not a one off-effort – but a continuous effort to build resilience. Hopefully, together and with the #WeAreNATO campaign, we will get closer to this goal. 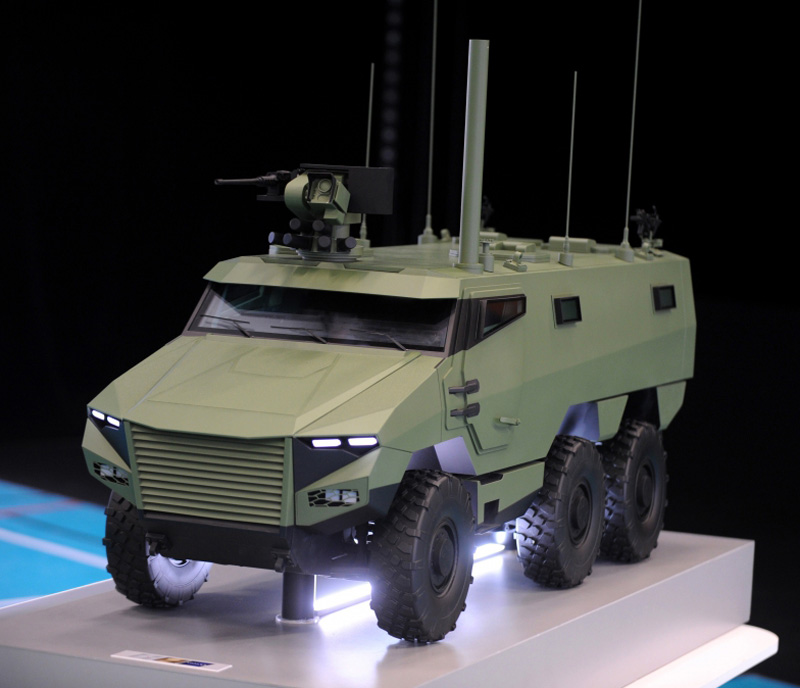