Despite a recently signed ceasefire, the Nagorno-Karabakh war is still an ongoing conflict between the Republic of Armenia and the internationally unrecognised Republic of Arcach, respectively, and the Republic of Azerbaijan, which enjoys substantial military support from the Republic of Turkey. This war can be included in the long-running series of wars and cross-border conflicts that erupted between the two aforementioned central players after the collapse of the Soviet Union.

One of the central disputes that have defined past conflicts is the territory of Nagorno-Karabakh. This territory lies between Armenia and Azerbaijan, which has long claimed it as its own. The problem is primarily the national composition of the territory mentioned above, as Christian Armenians are the majority. Moreover, Azerbaijan does not recognise not only the independence of the Karabakh Republic of Arcach, but also the very existence of the Republic of Armenia.

The war itself broke out on September 27 and a Russian-brokered ceasefire treaty was signed on November 10 in the presence of Russian President Vladimir Putin. The war that ultimately ended with a decisive victory for Azerbaijan meets the criteria of classic Clausewitz warfare. This was primarily a two-state war involving heavy military equipment and air power. Azerbaijan’s relatively quick victory in the war is mainly due to its more robust economy, superior and technologically advanced military, efficiently chosen strategy, and strong foreign military support from Turkey.

Finally, it is worth noting that natural, geographical, and climatic conditions have greatly influenced the conflict’s shape. Indeed, the Nagorno-Karabakh region is situated in the south-eastern part of the Little Caucasus, where the altitude varies on average around 1100 meters above sea level but can reach levels higher than 2,000 meters in places, making it a tough terrain not suited for manoeuvre warfare.

The role of drones in Azerbaijan’s overall war strategy

Drones played a critical role in the war. In particular, their strategic deployment by Azerbaijan, whose army has undergone considerable modernisation efforts over the past few years. According to Michael Kofman*, drones are generally seen as a means by which weaker nations can substitute themselves cheaply, but effectively, for the role of the traditional air force. Drones offer relatively inexpensive access to tactical air assets and precision-guided weapons to eliminate an opponent’s much more costly equipment, such as tanks and air defence systems, provide intelligence-valuable information, monitor, and conduct surveillance.[1]

Azerbaijan’s military elites were well aware of drones forward-looking nature that could increase the overall combat efficiency and the technological level of their air forces, which were limited, and still are limited, to the use of now relatively obsolete Soviet-era machines. Therefore, a strategic partnership was established in 2012 between Azerbaijan and Israel [2], which is rightly regarded as one of the world’s leading exports of weapons technology. From its inception, the relationship between the two states was based on several geostrategic factors. The first is the loss of political control of Nagorno-Karabakh by Azerbaijan. The growing need to remedy this situation through an extensive military program that has caused Azerbaijan to become a major importer of Israeli military technology. Israel has trained Azerbaijani special forces, built security systems at Baku airport, and upgraded existing military equipment of Soviet/Russian provenance. The scale of the transactions between them is immense. In 2012, there were reports of a $1.6 billion purchase of weapons made by Israel Aerospace Industries. In 2016, Israeli Prime Minister Benjamin Netanyahu said Azerbaijan bought $5 billion in arms from Israel (mainly unmanned aerial vehicles and satellite systems). In 2017, SIPRI reported that Azerbaijan purchased a total of $127 million worth of Israeli military technology in the same year.[2]

Azerbaijan deployed Israeli drones for the first time during its four-day conflict with Armenia in 2016, where they proved highly successful. At the end of that conflict, it was clear that Baku had indeed undertaken a wide-ranging review of its military doctrine and had significantly upgraded its armament. Interestingly, after the fighting was over, Armenia’s deputy defence minister said that he did not „consider it necessary to buy expensive drones when it is possible to hit the target with a conventional artillery shell“.[3]

After some disagreements with Israel in 2016, Azerbaijan, as part of diversifying the import of weapons technology, has begun a dialogue with Turkey, whose UAVs have become among the most advanced and desirable in recent years. Ankara uses this cutting-edge technology skilfully to achieve its geopolitical goals. In June 2016, Baku announced that it was going to buy drones exclusively from Turkey. Part of this contract for the delivery of drones and electronic warfare equipment was a contract for massive financial and military support from Turkey.[3]

The Dynamics of Drone Deployment in the Nagorno-Karabakh War

Immediately after the fighting began on September 27, it became clear that Azerbaijan was ready for the war and no longer intended to accept the status quo. In the first phase of the war, the Azerbaijanis sent 11 specially modified multi-purpose An-2 biplanes over Armenian-controlled territory, which were converted into drones to serve as decoys. These biplanes were already included in the Soviet Army’s armament in 1949.[1] With their help came the detection of Armenian air defence systems, which were subsequently eliminated by suicide drones and precision-guided munitions carried by Bayraktar TB2 drones. Azerbaijanis have benefited greatly here from the combat experience and super-vision of Turkey’s military advisers. The early decommissioning of the enemy’s air defence systems created space for the use of Turkish F-16 and Azerbaijani Mig-29 fighters, which quickly won aerial superiority. This opened the door to a massive deployment of drones by Azerbaijan.[1]

In particular, Turkey’s Bayraktar TB2 drones demonstrated the versatility and effectiveness of UAV platforms. Turkey has previously deployed these drones very effectively in Syria and Libya. In Nagorno-Karabakh, too, TB2 proved to be highly effective in targeting and destroying enemy defences. TB2 provided ground forces with data on enemy forces’ movements, while also carrying intelligent micro-guided munitions to self-eliminate targets. Azerbaijan has also used the high-resolution cameras that TB2 are equipped with to produce many propaganda videos. Videos of attacks on Armenian targets have become a vehicle for Azerbaijani propaganda. It was published online and broadcast on digital billboards in Baku.[5]

Azerbaijan has deployed a wide range of drone types in the war. Of particular note are the largest, the tactical MALE*** drones, which were, however, deployed in smaller numbers compared to the kamikaze UAVs. Turkey’s lethal Bayraktar TB2 or Israel’s non-lethal Heron or Hermes 900, for example, should be mentioned here. In particular, Azerbaijan deployed the aforementioned tactical lethal (kamikaze) drones in large numbers. Here, for example, the Israeli drones Harop and Orbiter 1K are noteworthy. Non-lethal tactical drones such as the Israeli Orbiter-3 and the Searcher have also been used.

A complete overview of drones deployed [5]:

Potential changes in the dynamics of drone deployment in conflict

There have been virtually no changes in the use of drones within Azerbaijan’s overall strategy during the duration of combat operations. The only distinction that can be noted is that at the beginning of the war, tactical SEAD drones were massively deployed to destroy the Armenian air defence system. After a rapid struggle for air supremacy during the early days of the conflict, when SEAD drones destroyed Armenian air defence assets, Azerbaijan continued to follow a strategy of massive drone use that had been clearly set from the very beginning of the war. Only the type of UAVs used has changed. In particular, tactical lethal and non-lethal MALE drones and tactical lethal (kamikaze) drones have come to dominate the sky.

In the war, Azerbaijan adopted a new war strategy in which its armed forces relied on intensive drone deployment, allowing for precision strikes aimed at Armenian military targets. This approach proved crucial to Azerbaijan’s victory. Massive use of drones has undoubtedly greatly reduced the number of human casualties on the Azerbaijani side.

While drones have undoubtedly played a key role in this conflict, their capabilities should not be overestimated. Drones are still highly vulnerable to modern air defences that can counter them. But Armenia did not have that in sufficient numbers. The bulk of Armenian air defense was made up of outdated Soviet provenance systems 2K11 Krug, 9K33 Osa, 2K12 Kub and 9K35 Strela-10. The TB2s flew too high for these systems to pick them up reliably. The Buk and Tor-M2KM air defence systems probably shot down several drones, however the Armenians were deployed late, their numbers were limited, and they were still highly vulnerable to attacks by Azerbaijani drones.

*Michael Kofman serves as a Senior Research Scientist in the Russia Studies Program at CNA and as a Fellow at the Kennan Institute, Woodrow Wilson International Center in Washington, DC. His research focuses on the Russia and the former Soviet Union, specializing in Russian armed forces, military thought, capabilities, and strategy.

[5] Rumbaugh, Wes and Shaikh, Shaan. (2020). “The Air and Missile War in Nagorno-Karabakh: Lessons for the Future of Strike and Defense.“ Center For Strategic and International Studies. Available online: https://www.csis.org/analysis/air-and-missile-war-nagorno-karabakh-lessons-future-strike-and-defense 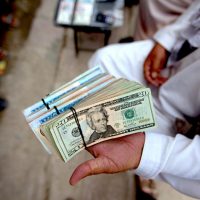 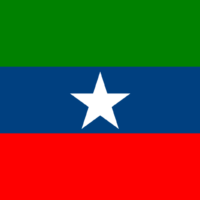 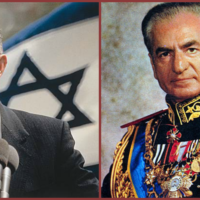