On Tuesday 11th September the leaders of Eritrea and Ethiopia opened the common border, which had been closed for 20 years. The historical event did not occur in a vacuum, but rather as a consequence of a series of events which preceded it.[1] Since Abiy Ahmed took power as prime minister of Ethiopia, mutual goodwill gestures with Eritrea’s president Isaias Afwerki have become more frequent. Recent progress in the region and improved relations between the two countries are a cause for optimism; however, the future might not be as bright as it may seem at first glance.

More than 20 years ago, on 6th May 1998, a war erupted between the two countries, killing more than 70 000 people and displacing many more. Although the full-blown fighting did not last particularly long (it ceased in 2000), the war left both countries bitter, with frozen relations and hostile leaderships. The war and subsequent enmity occurred despite rather affable relations established by the two countries after Eritrea had successfully sought independence from Ethiopia in 1993. Nevertheless, ambiguity regarding the common border has always been a source of latent tension.

No major alternations in the countries’ relationship occurred for two decades. Eritrea and Ethiopia remained bitter foes, always disapproving the others’ ideas and actions, just for the sake of showing disdain. In 2018 a lot has changed. Abiy Ahmed, a young politician and once a student of peace studies, became Ethiopia’s prime minister. In a few months, he ended the border conflict with Eritrea and initiated normalisation of the countries’ relations. In recent months, both countries have reopened embassies in the other’s capital and resumed flights between both. Abyi has been dedicated to transforming Ethiopia into a genuine democracy, releasing prisoners and bolstering press freedom.

Abiy’s deeds are in a sharp contrast with Eritrea’s political regime, which often ranks among the most oppressive in the world. Eritrea has legitimised its authoritative regime by using the threat of renewed fighting with Ethiopia as the main cause for the administration’s iron grip on the population. Deeper and more frequent contact between the two countries has sparked optimism, as it may ignite political changes in Eritrea. However, such changes might not be as profound as expected. Eritrea’s move to accept Ethiopia’s peace offer was well-calculated and pragmatic: in dismissing the offer, Isaias would risk the population turning against him, as the support for peace with Ethiopia was widespread. Hence, acceptance of the peace offer seems to rather reflect the desire to resist a regime change, than truly facilitate peace in the region.

After winning independence, Eritrea’s government conducted social engineering with the result of spreading mistrust and hatred upon Eritrea’s neighbours, providing justification for maintaining one-party military rule. Using conflicts with Yemen, Sudan, and Djibouti, Isaias created a feeling that Eritrea was under constant threat of attack by its neighbours. Although some steps towards reconciliation with those neighbours have occurred in the past few months, it will take time to see how solid such actions are. As long as a hateful and fearful mindset persists reconciliatory steps can soothe the tensions in the region, but without truly transforming Eritrea. However, should rapprochement with Eritrea’s neighbours continue and should Eritrea seriously seek withdrawal of UN sanctions, some piecemeal reforms – with the potential to cumulate into major ones – will be necessary.

The border opening between Eritrea and Ethiopia was widely celebrated as a ground-breaking moment. Due to the resolution of the border disputes, families could be reunited after 20 years. What should not be overlooked is the price the resolution cost. Although the countries’ relations are the most amicable in years, the underlying threat to peace is nevertheless ominous. To make the border opening possible, Abiy had no choice but to implement the decision of the border commission and vow to give Badme, a disputed territory, back to Eritrea. Although only a rural town, Badme has been a Gordian knot on the countries’ relations for two decades. Experts agree that strategic and practical significance of the town is low and its importance is largely symbolic, as the war began there and much blood was spilt during the harsh fighting over the town. In Ethiopia, Abiy’s decision was rather unpopular and in the eyes of some earned Abiy the label of a betrayer. The future of the Badme citizens is now crucial to maintaining peace in the region. Any efforts to expel Ethiopians from the territory are likely to be followed by a new upsurge in violence, which could hinder the peace process indefinitely.

The peace restored in the region is fragile. The historical improvement of the countries’ relations is a just cause for optimism, however, it is important to keep in mind further issues underlying the rapprochement: reconciliation between the two countries does not necessarily mean that the days of Eritrea’s authoritative regime will soon be over, and the decisions made to facilitate normalisation of the countries’ relations can easily backfire. In any case, peace between Ethiopia and Eritrea has become a reality. The current challenge is to preserve the fragile peace vis-à-vis the tense situation in Badme and possible undermining stemming from the nature of Eritrean regime.

[1] Such events included high-level meetings and subsequent reopening of Eritrean embassy in Addis Ababa in July and Ethiopian embassy in Asmara earlier in September. Countries also resumed flights between their capitals and restored telephone connections. 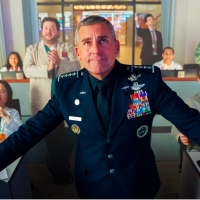 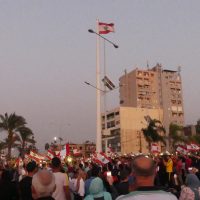