Lao People’s Democratic Republic, the poor patriarchal state with a large number of uneducated people and border villages, is in long-term combat against human trafficking. What are the socialist regime and the people of this country fighting against? How and by what means do authorities protect Laos citizens? Those are the substantial questions of this analysis.

Lao People’s Democratic Republic (LPDR), with its capital Vientiane, is the only landlocked state of Southeast Asia (SEA), lying in „the heart“ of the Indochinese peninsula. [1] It is a former French colony, and the communist regime has been ruling the country since 1975. Many problems on different levels are related to the country’s history and recent past. [2] It is one of Asia’s poorest states. The country’s economic situation is related to many other problematic areas, such as the high migration rates or lack of education. [3] Also, compared to other countries of the SEA, Laos is relatively poor. In terms of GDP per capita, it is the fourth poorest state in the region. [4] In addition, it is a multi-ethnic area with approximately 49 ethnic groups. [5] Therefore, solving any internal problems within the country is tricky due to many different opinion groups.

LPDR shares borders with Myanmar, Cambodia, China, Thailand and Vietnam. This fact is very important in the context of human trafficking. Together with these states, Laos forms the so-called Greater Mekong Subregion, which is an economic zone interconnected by the Mekong River. It is estimated that between 200,000 and 450,000 people are trafficked annually in this region. [6] The exact number for the specific case of Laos is not known, due to the high interconnectedness of the area and the lack of information from villages near the borders.  [7]

Sex and Labour: The Most Common Categories of Human Trafficking in Laos

The UN Office on Drugs and Crime (UNODC) defines human trafficking as: „the recruitment, transportation, transfer, harbouring or receipt of people through force, fraud or deception, with the aim of exploiting them for profit.“ [8]

Laos is considered to be a transit, receiving and source country for human trafficking. However, the mapping of trade routes is very complicated due to geographical and ethnic distribution.  These issues were, for example, proved by researcher Boike Rehbein. In 2003 after an expedition to the outskirts of Laos, Rehbein was asked by the local government to report what kind of people live there, how many there are, and what languages they speak. [9] At the beginning of this century, Vientiane did not have an accurate idea of its inhabitants. Therefore, it was not easy to monitor how this composition was changing and where people were moving.

Laos is predominantly a source country of women, children, and men trafficked for the CSE. The vast majority of Laotian victims of CSE are women and girls, reportedly as young as 11 years old. One of the most common import destinations is neighbouring Thailand and its commercial sex trade business. [12] According to the 2018 Global Slavery Index, approximately 610 000 people in Thailand lived in the conditions of modern slavery. The most recent data from 2019 does not contain an estimated number of enslaved people in Thailand. [13]

Although Laos is considered mostly a source country, it also serves as a transit state, and in some cases even a destination for sex trafficking. In terms of transiting, most victims are Chinese or Vietnamese women and children heading to Thailand. Even though there is little data about sex trafficking within Laos itself, the majority of reported cases are Vietnamese and Chinese women and children, usually exploited in the big cities or near the borders with Thailand and Myanmar. [15]

The second subcategory of sexual exploitation is forced marriage. Even though the legal minimum age for marriage in Laos is 18 years, one-third of women under the age of 18 are already married, while 10 % of women marry before the age of 15. Marrying at an early age is advantageous for the recipient family for gaining a labourer, as well as for the girl’s family due to the paid dowry. [16] Forced marriages are also occurring across borders. Primarily the northern regions of the country are reporting high numbers of local girls and women who got married to Chinese men. Some of these girls from ethnic minorities are as young as 13 years old, and after marriage, many disappear, being trafficked by their husbands in China or special economic zones.  [17]

Besides the severe human and child rights violations, sexual exploitation has several other negative implications. In addition to sexual abuse, the victims are often a target of physical and psychological violence. Sexual exploitation also increases the risk of mass transmission of sexually transmitted diseases. [18] Furthermore, victims often suffer even after being freed from slavery and returning to their communities. The strongly patriarchal and conservative character of Lao culture sometimes leads to the ostracization of victims, as they are considered impure and dishonoured by working in the sex industry. [19]

Similarly, as women and girls are being trafficked into the sex industry, Laotians are also being trafficked for forced labour. Citizens usually migrate for better wages and economic conditions to the richer countries of the region. After arriving at the destination, they cannot afford to repay the astonishingly high prices of smugglers and recruiters. Due to their debts, they are becoming victims of forced labour. [20]

People are used for personal or commercial gain, which differs for men and women, same as for what purpose they are sold. According to the annual Trafficking in Persons Report from 2021, Lao women were mainly forced into labour in domestic services, factories or agriculture. In the case of men, it involved forced labour in fishing, construction and agricultural industries. [10]

The Greater Mekong Subregion, to which Laos belongs, is also known for the trafficking of children. These are usually smuggled abroad from the poor villages in border areas. [21] Child labour is also one of the forms of modern slavery. In 2013, the estimated number of enslaved adults and children Laotians was 7,6 per 1000 people, placing LPDR on the list of 20 countries most affected by slavery. [22]

The core of the human trafficking problem is usually connected with the development and infrastructure. The most affected areas are typically the northeastern provinces of Luang Namtha and Bokeo. International highways and big cities, especially Vientiane, Savannakhet, and Champasak, then serve as transit nodes to the neighbouring countries [23]. Specific places for human trafficking are also Laotian Special Economic Zones (SEZ).

The most infamous SEZ is the Golden Triangle, which lies on the borders of Myanmar and Thailand, with its biggest part in Laos. It usually serves to simplify and boost international business. For this purpose, local taxes and business regulations are adjusted to create an attractive space for investors from abroad. However, Golden Triangle differs from other SEZs as it is considered to be a hotbed for illegal activities, including human and wildlife trafficking, child prostitution and drug business. [24]

Golden triangle is under the rule of the Chinese group Kings Roman Casino, and the Laotian government has only limited power here. For this reason, it is difficult to obtain a comprehensive image of what is going on behind the gates of the worst SEZ in the world. The situation is also complicated by non-compliance with employment contracts and restricted access to the area. [25] On the territory of LDPR are a total of 12 similar SEZs, and more are under construction. [26] The Golden Triangle specifically is also known for several cases of workers saved from the conditions of forced labour. In 2021, Laotian police sequentially liberated more than 500 people enslaved in this area. [27]

Drivers of Human Trafficking in Laos

The high number of people vulnerable to human trafficking is given by several factors. In general, Laos is a poor country surrounded by rich countries, so people leave it to find better jobs. They then send part of the money back home, and remittances thus form an essential financial source for some communities within LPDR. In 2019, before the Covid-19 pandemic, it was a total of 296 million dollars, 1.6 % of the GDP of the entire country. [28]

It also stems from the difference between rural and urban areas. Although these differences have narrowed in recent years, a fifth of Laotians still lives below the poverty line. Minority groups in remote mountainous areas with low education and high unemployment are most at risk. [29] The majority of victims of human trafficking come from communities like these.

The high rate of trafficking, especially of female victims, is also caused by Lao cultural patterns. As mentioned above, Laos is a strongly patriarchal society. In Lao culture, women are considered weak, intellectually inferior, and subordinated to men. The ideal Lao woman should be a quiet, submissive and good housekeeper. These cultural patterns create space for gender-based violence within communities. Women trying to escape this way of life are usually ideal victims for traffickers because of their lack of education, bad economic situation and subordination to man’s authority, which is embedded in their behaviour. [30]

The Ongoing Fight and Potential Solutions

The fight against human trafficking in Laos is waged on multiple levels. At the state level, LPDR legislation prosecutes all forms of human trafficking. In February 2016, the country’s first specific Law on Anti-Trafficking in Person was promulgated. [31] In 2018, LPDR updated its criminal code. New article 215 of the criminal code prescribed increased penalties for traffickers. Lao authorities are also gradually increasing border surveillance and anti-trafficking education initiatives [32]. Based on the efforts and key achievements of the Laotian government, LPDR was promoted from Tier 3 to Tier 2 [i] in the U.S. Department of State Trafficking in Human Report in 2018. [33] Despite its efforts, LPDR still does not fully meet the minimum standards for eliminating human trafficking. The biggest problem is the inability of authorities to identify victims and investigate and prosecute the perpetrators effectively. [34]

Due to the transnational character of human trafficking, LPDR cooperates with its neighbours in order to suppress crime. One of the most important regional international organizations is the Association of Southeast Asian Nations (ASEAN). Essential documents that give the legally binding framework for the fight against human trafficking to its member states are the ASEAN Convention Against Trafficking in Person (ACTIP) [35] and the ASEAN Plan of Action Against Trafficking in Persons (APA). [36] Laos also cooperates with International Labor Organization (ILO) [37] and UNODC [38] to standardize and streamline competent state authorities‘ work.

In addition to these documents and laws, some NGOs are also trying to help in LPDR. For example, the locally operating organization Sengsavanag is offering rehabilitation of the victimised girls in a centre with psychological and medical care. [39] Other ones are focused on human trafficking prevention by making campaigns and training. Work of the STOP THE TRAFFIK is very important in this area because they aim to share information on the state level and build a network fighting against traffickers. [40]

These similar organizations, documents and conventions at least partially improve the situation in the entire region. However, both forms of human trafficking in Laos are a significant problem for this poor and socialist state. Mainly because of the economy and geography of the country, but also due to wealth distribution and cultural patterns of Lao society. Therefore, it is not probable that the government of the Lao People’s Democratic Republic would be able to eliminate sexual and labour exploitation in the near future.

[i] Trafficking in Persons Office within the U.S. Department of State uses a 3-tier scale to assess the state of human trafficking in individual countries and territories. These 3 tiers are:

[41] Human Trafficking Institute (2022, July 19). What is the Trafficking in Persons Report? Retrieved August 15, 2022, from https://traffickinginstitute.org/what-is-the-trafficking-in-persons-report/#:~:text=Tier%201%3A%20Countries%20and%20territories,into%20compliance%20with%20those%20standards. 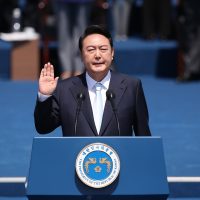 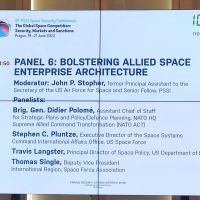 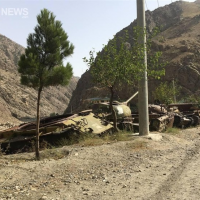