Nova is in his fourth year of law school. But once the war in Ukraine broke out in February 2022, he decided to leave his life as he knew it and join a unit called 9Line. What made him make a radical decision like this and what are his inner thoughts? I got to uncover a bit of Nova’s perception, a glimpse of what it’s like to be a young man, a volunteer, and a fighter in a country that’s bruised with war.

We’re sitting in a building in Ivano-Frankivsk. Now, the building is used as a base for units and other paramilitary groups training to be positioned at the front and a „role zero“ hospitals, for example in Bachmut. In the meanwhile, the group also trains others and distribute humanitarian aid.

Originally, you are from Dnipro, how did you get to Ivano-Frankivsk?

What is your status – as a citizen?

I’m a civilian. I’m not enlisted, I didn’t sign any contracts, and I’m on my own.

What was your motivation?

It’s more about the nation. It wouldn’t matter if it was Russia, NATO, Belarus… I’d fight for the nation. It’s the thing you’re supposed to do. Help however you can. If you can fight, go and fight. If you can’t, do your best and support the armed forces, for example by volunteering, helping with supplying and funding.

Yeah, that’s one thing I’ve noticed. The difference between Czech and Ukrainian mentality. People were always so nice to us, welcoming and always wanting to help. And I don’t know if it’s because of the war, but people really do stick together and help each other here.

You’re volunteering, and we appreciate it, we need all the help, we can get. Financial and human resources.

Are you planning on staying here until it’s over?

I have a lot of options. I can be attached to the foreign legion as a combat translator or join SOF (special operations forces) unit. I can also stay with my group and learn more about combat medicine and tactics. Then we would operate at the zero line-pick up casualties from the combat collection point.

We would also train more people and help anywhere we could. I don’t wanna sit in one spot, hundred percent, I’m planning on doing something, anything.

Whenever we came to Ivano-Frankivsk and started training you, we could tell that you were one of the most enthusiastic. You are driven and motivated. It’s easy and fun to train people like you.

Thanks. We needed the training. It’s a long time since our last one. Also, training troops and volunteers in general is an important job. That’s why I do it too. It’s a big piece in the whole scheme. If you train a whole battalion, their success rate at the front line is much increased, because they’re effective as fighters. Their effectiveness is also your effectiveness, in a way- that’s how we think about it.

So the plan is to keep on training others and if possible, go to ‘the front’ and be effective over there?

If we have the opportunity to go and fight, awesome… but as we see it, training people is more efficient.

And perhaps, training people who can then train other people…

Yeah. That’s what we always tell them. What is the point of us spending time with you if you don’t practice and don’t teach others.

Where do you see yourself in a few years? Considering the war is over.

I will probably continue in the military/combat direction. I might keep on training others as a member of our group 9line, I might get enlisted. It all depends on the situation.

I have a short message for european people. The world now is so comfortable and we got so used to it. We’re fucking lazy.

You mean perhaps even spoiled?

As a kind of a reality- check?

It was great talking to you, and spending time together in Ivano-Frankivsk. Thank you for the interview. 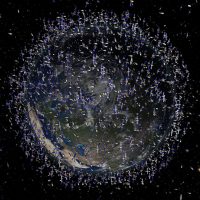 The Current Rise of Anti-Satellite Weaponry 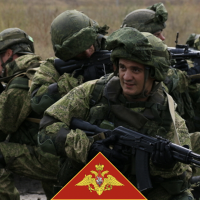 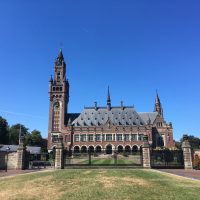 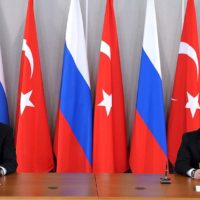