In the light of the recent terrorist attacks and riots in Northern Ireland, the name New Irish republican army (the New IRA) can be heard more often these days. But how much of a serious threat does this terrorist group poses? How could it emerge after more than twenty years since the Good Friday Agreement was signed?

The Good Friday Agreement (GFA), signed in 1998, was meant to deliver peace to the whole island of Ireland. All sides included in the conflict, called The Troubles, agreed to this document. The IRA particularly agreed with decommissioning of its weapons and eventually gave up the armed struggle, at least for some time.

The return of the violence

However, the peace in Northern Ireland did not last for long. The violence and terror started again after 11 years, in March 2009. This time, the IRA’s attacks were focused not only on the members of British Armed Forces and police officers but also on the members of the republican party, Sinn Féin [1]. The IRA was during the Troubles often considered as the more radical and armed wing of this party. Nevertheless, the situation has changed, as the members of the IRA felt betrayed by the Sinn Féin and their involvement in the Good Friday Agreement.

The attacks in March 2009, when two British soldiers and Police Service of Northern Ireland (PSNI) officer ended up shot dead, have ignited new violent period in Northern Ireland. The new wave of armed struggle, however, involved non-lethal actions as well, such as riots, roadblocks and threats to the politicians from both sides. More serious methods involved planting the explosive devices under PSNI officers’ cars or the revenge/punishment shooting, also known as the kneecapping (when the victim is shot to the knee pit with a handgun [2]).

Those terrorist attacks were not only delivered by the Real IRA, but also by other militant republican groups such as Republican Action Against Drugs (RAAD) or the Continuity IRA. The old rivalry between the Real IRA and Continuity IRA was put aside, as both groups have increased the co-operation in 2010. The rise of the terrorist activity in Northern Ireland also affected the British government’s reaction. The MI5 carried out many under-cover missions inside the Real IRA and several members of the IRA were arrested on both sides of the border.

The merger and the New IRA

To understand the origins of the New IRA, one has to go back to July 2012 and the full statement from the IRA Army Council published in The Guardian, in which the Army Council proclaimed the merger of several organizations involved in armed actions against the British government and its armed forces. This merger included groups like RAAD as well as some other smaller republican militant groups but most importantly, the Real IRA. The group itself is believed to have around 700 members and many more supporters, although it is merely impossible to reach the exact number.

Even though the newly founded group continued to relate to itself as the IRA or the Real IRA, most of the media started to refer of this organization as „the New IRA„. Since the name given by the journalist became much more known to the public, this text sticks to this term as it also refers to the merged group from 2012 more clearly.

Northern Ireland after the Brexit referendum

The Brexit referendum in June 2016 reshaped the British politics and opened once again the question of borders between Northern Ireland and the Republic of Ireland, and the Good Friday Agreement. However, in the following months after the referendum, where 85 percent of Catholics in Northern Ireland voted to remain, there was not a visible increase in terrorist attacks by any dissident terrorist group, with the exception of number of paramilitary-style shootings in west Belfast, which has doubled in 2016.

The years 2017 and 2018 were marked by the decreased numbers of terrorist attacks, though, there were still cases of revenge shootings, pipe bombs attacks and the murder of a man in west Belfast. Furthermore, another dissident group, Óglaigh na hÉireann, has declared a ceasefire in January 2018. This group was responsible for several high-profile attacks over the last years and is thought some of its former members have joined the New IRA instead.

However, the situation got much worse during the 2019, as the New IRA have conducted several attacks already. The most serious one is the murder of journalist Lyra McKee, who was observing the riots in Londonderry. The same city was targeted in previous attacks as well, as the bomb exploded in front of the Courthouse.  The attacks also spread to the rest of the British Islands, as five small explosive packages were sent across England and Scotland.

Over the years, the New IRA has become the most threating dissident terrorist group in Northern Ireland.  After the merger, its number of members and attacks continued to grow, but there is no direct link to Brexit, since the group started to spread violence long before the referendum. Thus, the rise of the New IRA can be seen more likely as the product of the continuous division between both communities.

Since the outcome of Brexit remains unclear,  because the Boris Johnson’s new deal with the EU did not pass through the Parliament and the next General election will take place this month (December 2019). However, the new Cabinet and Parliament will not have much time to make further changes to the deal, for the new deadline for Brexit was set on 31st of January 2020.

The EU and GFA may erased the differences between being Irish or British, but it may change in the future. The difference in nationalities, and the possibility of the new border inside the island might be the spark that will light the fire of the severe conflict in Northern Ireland.

[2] Used as a way of punishment on those believed to be guilty of anti-social behaviour (drug dealers etc.), usually carried out by the paramilitary’s forces. 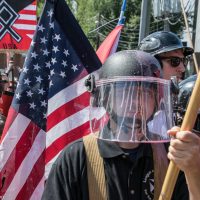 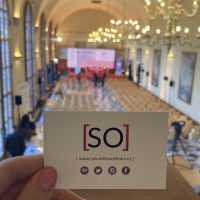