Although the prospect of war in space as it is conceived by the science fiction authors is far from reality, there is evidence of a certain proliferation of weapons directed at space assets. The internet, communication networks, and GPS rely on satellite technology to function. Likewise, modern militaries rely on satellites for data gathering, coordination, and control of high-end military assets. As such, the ability to take out an opponent’s satellite network is going to play a vital role in the future of warfare, as we can see from the growth in the development of ASAT (Anti-Satellite) weapons evident from the increase of ASAT testing in the last two decades. As more nations test their counterspace capabilities, the risk of a space arms race is increasing, and lacking legislation does little to inhibit such a process.

Though we might still believe that outer space is somewhat out of our reach, the fact is that we are dependent on space technologies in many ways. Their expensive and vulnerable nature makes them a perfect target for those who want to severely disrupt opponents’ communication, coordination, or intelligence activities. As such, several nations are currently equipped with or at least developing means of satellite disposal that range from ballistic missiles to communication jammers.

The United States, China, Russia, India, and even Japan and France are looking forward to enhancing their counterspace arsenal to protect their ever more important space assets. Even though the development of ASAT weapons is still in the process, the number of nations capable of in-space operations has increased since the Cold War. The current geopolitical tension provides a catalyst for further incentives for the development of new weapons.

When we talk about anti-satellite weaponry, what usually comes to mind are kinetic physical weapons. The technology behind kinetic weapons is accessible to a greater number of states (as it is based on ballistic weapons already in use) and their use has rather horrifying results, as illustrated clearly by the aftermath of the Fengyun-1C case, which was easily attributed to the Chinese and harmed the environment disastrously for the next few decades or even centuries [1]. In addition to direct ascent missiles, kinetic weapons can also take the form of a co-orbital device – a satellite equipped with a payload (usually explosive) sent to an intercepting orbit with another satellite [2].

The US, China, and India all have some degree of developed, tested, and somewhat operational ASAT kinetic capabilities. For example, the Indian missile test of 2019 (Mission Shakti) or the Chinese 2007 test (Fengyun-1C), which managed to destroy targeted satellites successfully. The US did not declare any official direct-ascent weapons, but it is agreed that their anti-ballistic missile interceptors could be used against enemy satellites. Furthermore, the US would be able to quickly develop dedicated ASAT systems [3].

However, kinetic weapons are not without their issues. Firstly, they are prone to causing significant collateral damage as their target detonates into a large amount of smaller pieces of debris that can cause serious disruption to future launches. Secondly, these attacks are easily attributed, and their effect is permanent.  Resorting to their use might then escalate the situation to the point of actual conflict [4]. In this regard, other kinds of ASAT weapons (non-kinetic, electronic, or cyber) might have a more useful role as they can be employed with a certain degree of subtlety.

The first of the problems mentioned above relates to the use of electromagnetic pulse (created by the detonation of nuclear weapons) or high-powered lasers used to damage the satellite. While the first of these is unlikely to be used in practice due to the Partial Test Ban Treaty from 1963 which prohibits the usage of nuclear weapons in outer space, the laser-based weaponry is both subtle enough to be used without much escalation, and within technological reach for the nations with developed space program such the US or China [2][3].

Laser-based weaponry can be used in two ways, to either blind or to dazzle the target. Blinding means overheating the satellite sensors with a high-powered laser and causing permanent damage to them. While somewhat more subtle than kinetic strike, the loss of control over the satellite could still cause collateral damage. Dazzling, on the other hand, causes only short-term damage in order to create a gap in the satellite’s sight [2]. As such, lasers could provide a “safe” choice of ASAT weapons by not leading to larger disruption within the outer space environment, while their possible deniability means it would not necessarily lead to further escalation. Even though these lasers are still in process of development and are not considered to be fully or reliably operational at this point, countries like China and France are actively pursuing their use in the future [3].

The third form of ASAT weaponry relates to the use of electronic means of warfare. Jammers can be used to block the signal received or sent by satellite to interfere with communication or cause a loss of control over the satellite [2]. Therefore, they can provide a relatively cheap and accessible way of disrupting opponents‘ satellite networks with the added benefit of it being reversible and hardly attributable and as such, not likely to result in retaliation [4]. Furthermore, electronic means can be also used to “spoof” the target – not only disrupting the communication but feeding false information, or even taking control over the device [2].

As noted above, the main nations interested in the development, testing, and operationalization of ASAT weaponry are the US, China, Russia, and India which are performing their own tests, showcasing their ability to perform counter space operations [3]. Since these nations are powers of global significance and have less than amicable relationships with each other (with exception of Sino-Russian and Indo-American ones), increased development of counterspace means of one of the states will likely result in increased effort from the other sides. This can be illustrated by the current geopolitical development – especially Chinese focus on the development of ASAT weapons as an answer to the US’ edge in conventional, but space technology-dependent military [5].

Even though the number of states with tested ASAT weapons is not very high, the fragile nature of the outer space environment makes it difficult to ignore dangers posed by just a few nations willing to take radical actions. The Fengyun-1C proves the dangers of reckless weapons testing and the increased number of such tests would pose a serious danger to the security of any other space-faring object. The results of an actual conflict in outer space could then have dramatic consequences for the future of space exploration and satellite usage in general.

As opposed to the development of counterspace weapons, there should be (and to a certain degree is) international legislation of such weaponry. In this regard, we can talk about the Outer Space Treaty of 1967 [7] which is the single most important piece of legislation aimed at regulating outer space. The treaty originally focused on the competition between the US and the USSR, strictly prohibiting the weaponization of space which seemed like a likely future given the geopolitical rivalry and the atmosphere of the Space Race. The vision of “Star Wars” as painted by projects like the US Strategic Defence Initiative never manifested, but with the increase of development of both space and counterspace technology, it seems that keeping space’s peaceful nature is going to be an increasingly difficult task.

Given the treaty’s concern with outer space, it can be used against ASAT weapons that are orbital, such as co-orbital kinetic weapons, but when it comes to ground-based weaponry, the treaty is severely lacking. In this regard, attacking the enemy’s space assets could be considered a breach of the treaty and thus could lead to an accusation of turning the space into a battlefield. Whether this would lead to serious international backlash is to be determined. As of now ASAT tests so far did not result in significant penalization of the actors responsible, except for some degree of monetary compensation.

Another issue with the Outer Space treaty is related to the fact that ASAT testing is usually performed on the nation’s own satellites, therefore it cannot be understood as a hostile action – the states are well within their right to do whatever they wish to do with their property. The only way the treaty could be used is when the states do not notify other nations about their intentions to test ASAT weapons as the treaty requires consultations before actions that could disrupt the space activities in general [8].

Unfortunately, internationally accepted legislation on ASAT weapons has not been adopted yet, and given the somewhat antagonistic nature of the current political environment, the adoption of such measures is rather unlikely. For example, we can talk about the Sino-Russian Treaty on the Prevention of the Placement of Weapons in Outer Space (PPTW), which failed to gain larger international support given the fact it deals only with weapons placed in space (and not ground-based ones) and is full of vagueness, not unlike the Outer Space Treaty of 1967 [9].

Another point to discuss is the International Code of Conduct that was proposed by the European Union. It sought to establish non-binding yet norm-creating soft law that would deal with the dangers of space debris and the increased risk of a space arms race. However, the fact that it does not provide specific steps or “hard law” that would deal with the ASAT testing, its role of inhibitor of the further development of ASAT capabilities is debatable and it can be even considered detrimental since it diverts resources that could be used on more tangible means of ASAT restriction [10].

As such, the Outer Space treaty remains the only binding legislation dealing with hostile actions in outer space, even though it is no longer sufficient at stopping the latest developments in the industry. What is clearly needed is a stronger push for amendments to the legislation that would create control and trust-building mechanisms that would limit the development (or the need for development) of ASAT weapons. At the very least, rules regarding testing the counterspace weapons should be established to limit the possible collateral damage caused by such tests.

Even though the list of nations that possess sufficient resources, technological sophistication, and proportionately developed space programs to enhance capabilities to disrupt other nations’ satellite networks is by no means exhaustive, there has been a noticeable increase in the development of the ASAT arsenal over the last two decades. Nations of both global and regional significance are driven to invest more in their counterspace capabilities while there is a certain risk of a space arms race. This is further facilitated by the lack of proper legislation regarding ASAT testing. The current outer space legislation offers few restrictions that would not be easily circumvented due to their vagueness or that could not be just a sincere attempt at the legalization of the state’s own action (such as PPTW).

[7] Treaty on Principles Governing the Activities of States in the Exploration and Use of Outer Space, including the Moon and Other Celestial Bodies, New York, 19 Dec 1966, United Nations Treaty Series, vol. 610, No. 8843, p. 205, Retrieved from https://www.unoosa.org/oosa/en/ourwork/spacelaw/treaties/outerspacetreaty.html 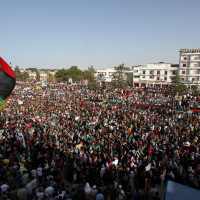 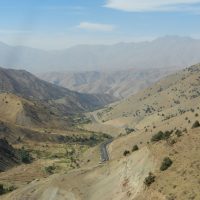 The Strategic Surprise of the 2004 Madrid Bombings 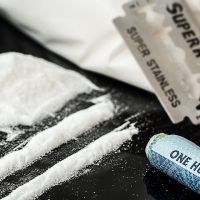