The Philippines remains an unstable state as many non-state armed violent actors are active in the country. What conditions persist there? Why is the area attractive to terrorists, insurgents, and criminals? Why does Islamic terrorism remain an attractive phenomenon in Mindanao? This article seeks to answer these questions.

The Republic of the Philippines as a single political entity consists of groups of islands in Southeast Asia, which are organized in three administrative divisions (Mindanao, Visayas, Luzon). It is a multicultural state with a high number of diverse and divided ethnic groups. However, approximately 92 % of the population practices various varieties of Christianity and only 5,5 % profess (Sunni) Islam. The majority of the Muslim minority is located in the southwestern region of Mindanao in the so-called Bangsamoro Autonomous Region in Muslim Mindanao (BARMM). [2][3][4]

The country’s system is dominated by oligarchic family clans, clan politics and a lack of the rule of law. The Philippine authorities take advantage of underdevelopment, stir up regional disputes and violently target the civilian population. Given the high criminality and drug trafficking, they call this a “war on drugs”. Human rights are neither upheld nor respected in the Philippines. [1][3][5][6]

The former president, Rodrigo Duterte, maintained an authoritarian attitude toward the citizens and the country. He strengthened the power of the military and police forces which proceeded with the law enforcement and active implementation of security measures. They have also received training from US troops and shared experiences with the militaries of Indonesia and Malaysia in sea patrols. However, they lack effective and efficient counterterrorist or counterinsurgency strategies and they deal with very limited resources. They continue to use traditional combat methods that do not allow them to gather or process intelligence. [3][5][7][4][13][16]

Agriculture, forestry and fishing are the main components of the national economy. An essential aspect of the Philippines’ income is the (often cross-border) “shadow” economy, such as the proliferation of illegal firearms, the drug market, kidnapping and human trafficking, gold mining, etc. Although the economy is growing as a result, poverty is widespread on the islands and there are large regional disparities. The security situation, corruption, elitism and political problems challenge local development. [5][17][18][19]

Natural disasters such as typhoons, earthquakes and the El Nino phenomenon, which is intensifying due to climate change, frequently appear on the islands. These destroy livelihoods, fields, and potential financial assets, increase food insecurity and poverty and encourage regional migration. Poor quality of infrastructure and poor investment by authorities also feed security unrest, discontent and dissatisfaction of the population. [5][4][14]

All of these factors fuel conflicts, protests, tribal violence, activities of criminal organizations, organized crime and armed resistance in guerrilla and insurgency campaigns. Various extremist, insurgent, and terrorist groups and organizations fight because of greed, for example for access to natural resources, drugs or the drug trade, and grievances, such as ethnicity, human rights, opportunities, self-determination, freedom of expression, etc. They also take advantage of the heavily forested terrain and dense wilderness that allows them to pursue their goals. For these reasons, “(…) the Philippines remains the only Southeast Asian country to be ranked in the ten countries most impacted by terrorism”. [8] [1][2][3][5][7][9][4][14]

Conditions of Moro people in Mindanao

As mentioned earlier, the majority of the Philippines’ Muslim minority lives in the southwestern region of Mindanao in the so-called Bangsamoro Autonomous Region in Muslim Mindanao (BARMM). The area itself is strategically located between the Philippines, Malaysia, and Indonesia. The lightly patrolled seas surrounding the region enable an illegal transnational movement of people and goods. Along with its wild nature and dense forests, the area is a “paradise” for insurgents. [2][3][4][14]

The Moros are members of the Moro ethnic group who have always dreamed of and fought for independence and a Caliphate in the region. They have never believed they are part of the Philippines and have always felt an aversion toward the ruling regime. [2][3][4]

Since their arrival, they have faced political, social, economic, ethnic and religious discrimination, marginalization, deprivation and alienation. Although the standard of living is low in the Philippines, living conditions are even worse in Mindanao. Muslims deal with extreme poverty and their human rights are very limited, as is their access to healthcare, social services and education. In general, the standard of living of the local population remains low, even though Mindanao accounts for a crucial part of the country’s gross agricultural value. At the same time, infrastructure is at a critical level and local residents lack access to food or water. [1][5][20]

Under national law, Moros are excluded from political participation. Although BARMM has achieved a certain level of autonomy and introduced partial Sharia law, there are restrictions on self-governance. The local government is not effective and corruption of elites and politicians is prevalent. The possibility of broader constitutional reform and federalism for Mindanao is currently under discussion. However, the already scheduled regional elections have been postponed by Duterte with the argument that Covid-19 has slowed the process of implementing the new law. [3][5][6][15][20][21]

The so-called Mindanao conflict, waged by military groups representing Muslims against Philippine authorities, has a “tradition” dating back to the 14th century when Islam spread there [10][11][12][6].

After the Jabidah massacre in 1968, when the Philippine Army slaughtered Muslim paramilitary troops during their joint training, Islamist resistance rose and many jihadist organizations were formed. Strong hatred and intolerance towards the majority spread among the minority members, many of whom have radicalized. [1][2][3][6][13]

The Islamic insurgency has been present in Mindanao to this day. Non-governmental armed groups fight for freedom, self-determination and independence. This fact is evidenced by the emergence of the Islamic State in the Philippines (known as ISP). Although the Islamic insurgency contributed to a breakthrough in the peace negotiations that eventually resulted in the establishment of the Autonomous Region of Muslim Mindanao (ARMM) and later the BARMM, Muslim satisfaction is still not achieved. This is mainly because most non-governmental violent actors have not participated in these talks and they do not respect them. Groups not-included in negotiations and Muslims, in general, remain irritated and disappointed with the current state (lack of independence, restricted and limited self-government for Mindanao, selective political representation of Muslims during negotiations on their future), and stand in opposition to the new local government with their own vision. This includes mentioned ISP which will be analysed in detail in the second article.  [1][9][15]

There are several reasons why the Philippines is vulnerable to internal threats and why Mindanao is easily exposed to Islamic insurgency and terrorism. The causes are complex and include social, religious, cultural, ethnic, economic, environmental, political, and historical foundations. The current situation creates a fertile ground for instability and encourages the continuation of the Moro conflict. The question also remains as to how the newly appointed President Bongbong Marcon will proceed in the Philippines and what changes, if any, will he make in the matter of living conditions, security and BARMM.

[1] Loesch, Juliette. 2017. “The GPH-Milf Peace Process in the Philippines to Prevent and Transform Violent Extremism in Mindanao.” Journal of Peacebuilding & Development, Vol. 12, No. 2, 96-101. 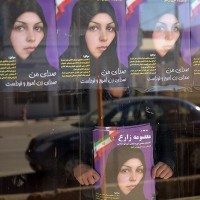 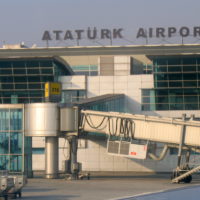 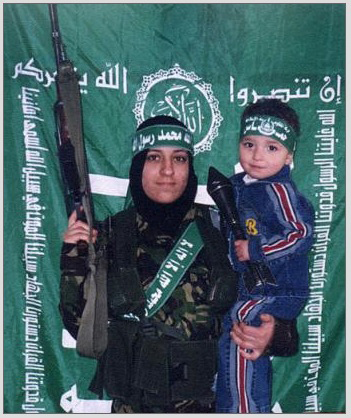