The following article tries to elaborate complex circumstances related to a decades-lasting struggle with natural resources abundance, still ongoing in many parts of the African continent. In particular, this article talks about a miserable guidance in the Democratic Republic of the Congo (DRC) under the governance of the Kabila family, and Chinese exploitation of its cobalt pits, regardless of respect for human rights. DRC, as the leading cobalt producing country, plays an important role in assuring the material for rechargeable batteries, electroplating, and many other goods of our everyday use.

Natural resources abundance as a curse

The value of African richness in the form of various natural resources is uncountable. However, the continent fails in projecting this immense treasure into the well-being of its own citizens, nor into improvements on the state level. This paradox when an abundance leads into a deficiency is commonly known under the term “resource curse” [1]. In a day-to-day reality, numerous countries are being plundered with a vast destruction of lands and environmental contamination as related effects. Thus, money and returns from exploitation are barely (or not at all) used within a critical infrastructure and sectors that need it the most. With no surprise, gains go into the hands of few.

When an unwise management of wealth meets with a corruption and elitism, there comes an explanation why most of the African extractive industries controversially contribute to the devastation of countries’ governance systems and economic structures, leading to poverty and human rights abuses, instead of promised economic growth and social development [2].On the list appear Angola, the Democratic Republic of Congo, Nigeria, Chad, Sudan, Cote d’Ivoire, Mali, Sierra Leone, Central African Republic, Burundi and many more. Majority of the African states with resource abundance also hold high ranks within the Fragile States Index provided by the Fund for Peace [3]. Especially in this region, one must take into consideration an extremely unstable environment, fragility of which is impacted by various conflicts (ethnic and tribal massacres, religious unrests, political resistance and rebel groups). Governance is not only weak but lacks fundamental principles for its solid performance. In number of cases, political power is being portrayed and enforced by brutal force towards inhabitants, which only contributes to the spiral of riots and reprisals, onto which the conflict management is extremely difficult to apply.

Beside Western companies, businesses from China constitute a dominant part of foreign mining investments and China is now enjoying a status of the “African regional hegemon”. The annual value of the bilateral trade among China and African continent is bigger than 166 billion USD, which made China the top African trading partner [4]. The first foreign visit of a president-elect Xi Jinping in 2013 led to several African countries, to whom he promised 20 billion USD in investments into the infrastructure [5]. However, deals that may appear plausible to the heads of states, may not always prove good among citizens. A presence of Chinese mining companies and infrastructure building providers required to grow new settlements which met with disagreements with locals and often led to clashes.

As the UN observed, foreign mining companies that deal in rare metals, gems and other resources, have been deeply involved in the large-scale and systematic robbery of the DRC’s mineral wealth [6]. These companies worked with a network of cross-border elites from neighboring countries, including rival groups of politicians, military leaders and criminal elements. This facilitated a self-financing war economy centered on mineral exploitation. Billions of dollars from the illegal sale of diamonds, gold, coltan (columbite-tantalite is the rare mineral used in the manufacture of mobile phones, laptops, which can fetch as much as 400 USD a kilogram), cobalt, etc., end up in the accounts of Western multinationals [2]. The report lists 85 companies based in the United States, Europe and South Africa that are said to be breaking OECD’s “ethical guidelines.” By a cumulation of factors, DRC holds a solid place among the world´s poorest nations [7]. According to the World Bank, 64 % of its population balance between life and death, disposing only 1,90 USD for a day, leading to acute malnutrition of 2 million children less than 5 years of age, and inadequate access to food for more than 7,7 million of Congolese [7]. Paradoxically, the second largest African country by area owns giant mineral stocks, notably cobalt, copper, diamonds, oil, gold, etc., in total value of 24 trillion USD, constantly rising in price.

A trade deal that makes up the history

These lucrative goods made happen the biggest trade deal in Chinese history. Sicomines is a cooperation with Congolese state-owned mining company, Gécamines, lying in the extraction of 6,8 million tons of copper plus 427,000 tons of cobalt, in a horizon of the next 25 years [4]. With current prices for copper, it makes 54 billion USD, which means three times as much as the overall GDP of the DRC. By gaining an access to raw materials, China reciprocally provides 2 billion USD for building roads, hospitals and universities in the city of Kinshasa and elsewhere. Several Chinese companies keep mining finings strictly for their own profit and, thanks to agreements with the Congolese government, are also exempt from mining taxes. If a country does not collect taxes evenly and regularly, financing its development is practically impossible [8]. As for the corrupt DRC, only 5 % of taxes owed by mining companies are ever collected by the government [9]. According to the World Bank analysis, foreign investors have benefited from the profits of the mining boom since 2007 at the expense of local producers and the Congolese government as such [10].

Thus, it is unsound to claim that Gécamines holds credits for all of the country’s collapses. The country’s failure is the responsibility of the unbalanced policies of the current government, as well as of the previous ones, because since independence, dictatorial regimes have been following one after another, seeking their own profit and gaining authority and security. Gécamine’s officials are trying to shift the attention from being accused of their questionable operations through pointing to the governmental lack of capabilities of taking care of the population. In 2018, Albert Yuma-Mulimbi, the Chairman of the Board of Gécamines, revealed a publication written by him and his team, called The truth about the lies of NGOs in the Democratic Republic of Congo. In this piece, he defends the company: “I invite each and every one of you to observe the children of the Lualaba, walking in rags in search of rats to eat, on a basement which every day is draining of its resources and to pose in conscience the question of who are the real ones responsible for the situation of these children.” [10].

The depicted situation is real, but there is no need to be carried away by expressive manifestations like those lines cited above. Gécamines as a state-owned company plays its role and participates in those activities of the government which it itself condemns in the mentioned public document (referring to extreme poverty, bad working conditions, starvation, etc.) If I stay with Yuma-Mulimbi’s rhetoric, Gécamines is part of a complex set of state’s actions and consequences that cause children in Lualaba to dig in the mud looking for rats to eat.

Yuma-Mulimbi revealed the main accusations that his company deals with, regarding to unfavorable conditions of the DRC: 1) The DRC lives in the abyss of poverty despite the enormous profits of the extractive sector; 2) Gécamines’ significant revenues do not go to the company’s accounts or to the Treasury and are therefore not used to finance the apparatus, repay its debts or pay salaries to staff; 3) This money is used for the partial side interests of political leaders and securing their power in the country, which is ultimately the cause of lagging behind [10].

The company’s representatives therefore published well-known opinions, which appears as a confirmation of the facts, as well as they are turning the blame on the ruling elite, trying to keep their name clean and not associate it with corruption. It should also be emphasized that Gécamines would go bankrupt if it did not cooperate within Sicomines [14].

African academics, directly specialized on mining activities in the area, are cautiously looking at this phenomenon as a sophisticated strategy using innovative activities that ultimately lead to a win-win-win partnership – for China, for local elites, but also for local residents [11]. However, this assumption is against the opinion of the local population. Chinese immigrants around the mining centers voluntarily keep their distance from local groups, live in purely Chinese areas, and at the same time perceive the Africans as “inferior aliens of a lower category” [12].

Congolese who find themselves in a desperate situation largely opt for artisanal mining, ignoring the enormous danger [12]. As a consequence, Lualaba Provincial Governor, Richard Muyej, banned such mining in the Kasulo area in 2017 in order to prevent private profits and small-scale production [12]. It is necessary to highlight the fact that Muyej is a former DRC Interior Minister with a vast list of unfair practices, and thus he knew well that the priority of the elite group around the president was certainly not the profit of private smaller workers [13].

Not only among self-responsible artisanal miners, but directly among employees of foreign companies, the number of child workers under 6 years of age is alarming [14]. A large portion of working women carry their toddlers in baby-scarves on their backs, directly exposed to toxic fumes. Undoubtedly, China is consciously contributing to widespread human rights abuses and the expansion of child labor in unhealthy toxic and dusty cobalt deposits, as confirmed by Amnesty International. [15] According to field research from 2018, the DRC has a total of 255,000 female and children’s artisanal miners, of which 35,000 are children under the age of 6 [14].

Any hopes for the future?

Jacob Kushner, an expert journalist from Pulitzer Center, presents two possible scenarios: 1) China’s strategy will either revolutionize the modernization of the poorest nation and serve as an ideal model of development for the whole Africa; 2) or deprive it of its natural wealth and the masses will remain poor, as Belgium has once done [4]. Based on facts, the mutual market was worth 200 billion USD in 2012 and China has lifted 600 million people on the continent out of extreme poverty over the past 35 years [5]. Even though the Asian giant buys more than 50% of total Congolese exports, the UNDP state of poverty index ranked this African country 186th out of 187 countries evaluated in 2014 [19].

Chinese behavior can be labeled as a “modern colonialism” [16]. The country that the world uses as a supplier of cheap labor has fallen into the trap of its own success. Its interest is nothing but an even cheaper workforce with low or no education. Exploited Congolese work for Chinese corporations in very poor conditions without security measures for such small sums, that they use all of their salary as a fee for being able to be employed in that job [17].

An interesting but disastrous phenomenon of extortion has showed up in regard to infrastructural development. In particular, if African countries vote in favor of China’s interests in the UN General Assembly, they will receive almost two more infrastructural projects per year than in the previous period [18]. Given the weight of votes in the UN plenary, which is the same for each state, this is how China gains in its influence in international arena, and it is easier for it to enforce own demands.

To conclude such specific problematics with one last sentence: Where a governmental corruption exists, there is no place for development. 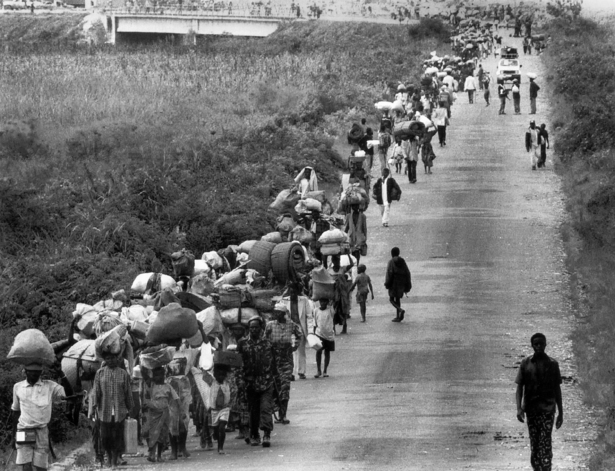 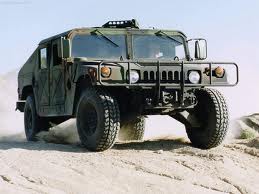 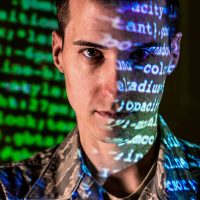 Cyber Warfare and Physical Damage – the War without Ammunitions