The inability of Mali’s government and military to adequately respond to the resurgence of the Taureg conflict in early 2021 surprised many international observers [1] who had been seeing the country as a promising example for democratization. Instead, its collapse was a matter of weeks. To the Tuareg troops, led by a previously unknown captain Amadou Sanogo, it was no big obstacle to overthrow the political and military leadership in Bamako [9]. Understandably, the enormous anger had accumulated in its ranks, because the soldiers had been left alone in the war in the North [1]. Instead of providing the very much needed support to the army, leaders in Bamako had embezzled the soldiers´ salaries as well as funds earmarked for military equipment (Ibid.). In May 2021, Mali’s military carried out a coup against the central government, which resulted in arresting and detaining Interim President Bah Ndaw and Prime Minister Moctar Ouane (1) [2]. The military strongman Colonel Assimi Goïta declared himself the interim president. It was this coup d´état that shattered the illusion of Mali being a model for democratization in Africa [1].

As a consequence of the coup, Mali was suspended by the African Union (AU) and the Economic Community of West African States (ECOWAS). The AU has threatened sanctions against the military if it does not yield to a civilian-led transitional government, while ECOWAS has demanded that Mali adhere to an eighteen-month transitional government timeline established last August (Ibid.). According to this, the elections are planned for February 2022, but it has already been said by Mali’s Prime Minister in September 2021, that the elections could be postponed [3]. Choguel Kokalla Maiga said on the side-lines of the UN General Assembly in New York, that it is more important to actually hold elections that will not be contested, suggesting the presidential and legislative elections could be postponed by “two weeks, two months, a few months, …” with the decision to be taken in October 2021 [4].

Subsequent international response to the latest coup in May 2021 brought a large-scale condemnation, with France’s decision to reduce its troops in July 2021. Even though Goïta has pledged to respect the above-mentioned deadline for civilian elections set by the previous interim government, the insecurity and apparent lack of preparations for the elections raise doubts on the reform timetable [5]. The common sense makes it clear that in such case there need to be a will towards transitioning back to democratic rule.

During the past three years, Russia has expanded its influence to more than twenty African countries among which the former French colonies are no exception. This move set up a proxy war between the two powers manifesting in Central African Republic, Chad, and most significantly in Mali. After the visit of the Malian Defence Minister, Tiéna Coulibaly, in Moscow at the beginning of September 2021, which resulted in massive military deal, relations are leading to serious animosity with wider consequences. This development, however, didn´t come as a surprise, says a renowned analytic on terrorism, Olivier Guitta [6]. Obviously, it is clear that if Mali opted for Russian troops and the deal shows to be successful, such scenario would mean an immense geopolitical defeat for France, and for the West in general. France would end up being pushed away by Russia while losing its treasured influence heavily. French diplomats have warned already that the presence of Russian mercenaries would jeopardise Mali´s funding from its international partners and allied training mission that have helped rebuild Mali´s army [7]. Clearly, arrival of Russian mercenaries would undermine the decade-old counter terrorism operation against al-Qaeda and Islamic State linked insurgents and make Mali the hub for jihadists in Africa.

Military rapprochement between Mali and Russia

What could this deal mean for Mali and the Sahel? It is debatable whether the Wagner Group would be actually able to fight jihadist militias with more success than previously engaged international forces. Mali seems to be sacrificing all it has left for the vision of security. According to a spokesperson for the Malian defence ministry, Mali intends to diversify its relationships in the medium term to ensure the security of the country.” [7]. Taking into account the controversial status of this private military company, it is not clear how it would coexist with missions like MINUSMA. While no deal has been signed yet, it talks about hiring 1,000 contractors. “Mercenaries from Wagner are a well-known brand, having been active in Ukraine, Sudan, and many other places where they had trained and lived in secrecy, so it is difficult to talk to these people and to know what their purpose is. At the same time, they also die in secrecy. But they are really in the place and try to fill in the gap to counter geopolitically the French influence in the West Africa,” says French expert Cyril Payen [7].

Ibrahim Boubacar Keita’s administration had signed a comprehensive defence agreement with Vladimir Putin in 2019 already [8]. Interestingly enough, anti-French demonstrations started around that time, often having been organized by Muslim organizations asking for Russia’s help while at the same time calling for the Sharia law to be implemented [6]. At the event of signing of the document, Russian Defence Minister, Sergey Shoigu, said the intensification of military ties is in the interests of the two countries [8]. Obviously, the interest of Mali is to find another guarantor of security after Western militaries had failed to deliver victory over jihadist militias during 8 years of their military presence in the region. Looking from the larger spectrum, Russia is on the way to get more than influence, pointing on the fact that Wagner is used to take care of the mining companies to get money from the governments [7].  Expert on terrorism Olivier Guitta explains that such military deals very often include the access to natural resources, most likely gold in this case [6].

The very interest of Russia is to project its power somewhere else after the West has sanctioned the country for annexing Crimea in 2014. Since then, Moscow has signed at least 19 military cooperation deals in sub-Saharan Africa, according to its foreign and defence ministries [8]. Its pushing for an international prestige seems, from the Westerner point of view, slightly oddly but unequivocally fishy. The convergences Russia is making with states “managed” by questionable leaders who are in many cases far away from respecting human rights, avoiding corruption, showing determination to reconcile territorial and ethnic issues in a mediate way; are continuously raising doubts and leaving observers with rather suspicious assumptions in minds. Russia definitely has many fact-based reasons to feel internationally isolated. However, Westerners have to admit that Europe, as is perceived by them, is not the centre of the universe. We need to abandon, at least for a necessary moment, this comfort zone within which our egos have been growing in their strength. Mastering objectivity is difficult, but requisite task to be completed. In the universe of Russia and its authoritarian non-democratic allies nothing is wrong with such behaviour. China, for which Africa has been a domain of business and economic interests for quite a while now, is generally shying away from military involvement (2), therefore leaving space in military field for Russia (3).

To be able to attract new partners, Russia declares its best interests in quickly overcoming the internal problems and succeeding in reflecting the onslaught of outside terrorist forces [8]. I would stress attention on the idea of “quickly overcoming” something. Recent history has shown this to be absolutely impossible. How comes Mali is willing to repeat the same old mistake again, just with another strategic partner? Diplomatic relations between Mali and Russia celebrated their 60th anniversary in 2020 and are considered by both parts as a good basis for strengthening the partnership in various fields. What is perceived by the Western allies as unjustifiable treatment, talking about Russian actions in Ukraine and Syria, is thus fully understood by Malian elites (Ibid.). Having been angered by France’s and Westerners´ approach in general, this strategic shift towards Moscow appears to be completely convenient for presenting the seriousness of Malian intentions though, because of the weight with which such topics resonate in democratic nations.

Diplomatic loss for France and the West

A great disappointment prevails in Élysée after the news about the strategic shift of its long-term sphere of control and influence towards the unpopular giant. French ministers, immediately after the echo about possible contract between Russian mercenaries and the Malian army flew around the world in September 2021, warned Mali against such deal. Asked by lawmakers about the reports, Foreign Minister Jean-Yves Le Drian said: „Wagner is a militia that has shown itself in the past in Syria and Central African Republic (CAR) to have carried out abuses and all sorts of violations (4) that do not correspond with any solution and so it is incompatible with our presence.“ [7]. While France´s Operation Barkhane is leaving the northern Mali, receding its more than 5,000 troops, it is clearly the game between the powers as Moscow is sending the contractors on the ground left by France. As a reaction to such scenario, France’s diplomatic offensive includes enlisting the help of partners such as the United States to persuade Mali’s junta not to press ahead with the deal and sending senior diplomats to Moscow and Mali for talks (Ibid.). Florence Parly, French Defence Minister, has warned that France will not be able to cohabit with mercenaries [5].

There is already a visible proxy war going on in the neighbouring CAR where the Wagner Group is taking care of the security of the president against the French, so the consequence is a contamination of the relations between the two countries. The relationship between France and Mali has cooled down considerably during the past few years and according to development of current situation, Russia may shift the power balance in Africa significantly. Indeed, Malian interim Prime Minister Choquel Kokalla Maiga suggested that talks between Bamako and Wagner were motivated by the French drawdown [5].  The visit of French Defence Minister Florence Parly in Mali in late September 2021 confirms the seriousness that the potential deal generates both for France´s policy in the Sahel and for the future of the region as well. Any proxy war situation has never done good to a country troubled by this type of unrest.

While West is obviously about to lose, this situation is assumed to be convenient for the jihadist militias, though [6]. The UK that has sent 300 troops in Gao as part of a UN peacekeeping mission, led by France, is very concerned by the likelihood of Wagner intervening in Mali. Seconding this opinion is Germany, also having soldiers in Mali (Ibid.). Malian leaders, however, are declaring with no hesitancy that replacing Western armies with Wagner is highly probable.

(1) The two men have been serving as the leadership of a transitional civilian government organized in the aftermath of a military coup in August 2020 [2].

(2) China did open the first military base outside China in Djibouti in 2017 [10], while Djibouti blocked Russian attempts to set up a base, however, saying it wanted to avoid becoming the terrain for a proxy war [8].

(3) The military agreements that were signed between Russia and many African countries typically involve providing weapons and training in areas such as counter-terrorism and piracy [8].

(4) The UN Secretary-General for Peace Operations Jean-Pierre Lacroix insists that any partnership between Mali and Wagner must be carried out in full respect for human rights [5], which sounds rather naïve or unrealistically optimistic. 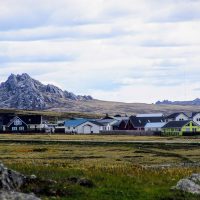 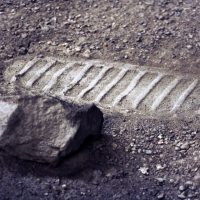 Geopolitics of Lunar Colonization: the Artemis, the IRLS or the Moon Village?