Taiwan and Ukraine are states with a significant similarity: both have problems resulting from the neighborhood with great powers. Russia and China have been claiming their territory for a long time, and now they show it more than ever before. How has the Russian invasion changed China’s view on Taiwan? Could Taiwan’s fate be the same as Ukraine’s? These are the substantial questions of this analysis.

In 1949, the Chinese Civil War ended and the nationalist Chiang Kai-shek was defeated by Mao Tse-tung and his Communist party. Because of that, he left with his supporters for Taiwan, also called the Republic of China, where they created their own provisional government. Simultaneously, after three years of functioning of this new administration, Japan formally announced the end of its colonial rule on this island by signing the bilateral Treaty of Peace. [1] After 70 years full of a very complicated history, it is still unclear who has the legal and historical claims to Taiwan.

The ambiguity in international law increases the possibility of different interpretations. Since the 1940s, there has been tension between China and Taiwan, and it still hasn’t led to any solution. The issue is also intertwined with the United Nations Resolution 2758, which was adopted in 1971 and recognized the government of the People’s Republic of China as the only representative of China. [2] At the same time, it is also connected with the Taiwan Relations Act (TRA) signed by the United States, emphasizing mutual relations and coordination in the defense of Taiwan. [3] Within this agreement, the United States should cooperate with Taipei if China tries to invade the island. The existing legal framework is therefore insufficient for answering the question of ownership of Taiwan as well as for hypothetical cases if one of the stakeholders would try to take Taiwan by force.

Taking the island by force is repeatedly mentioned by the ruling Communist Party of China in their speeches as well as during many meetings. The last discussed example happened in March 2022 when the allegedly recorded video of Beijing’s representatives and commanders, who were considering a plan of an invasion, appeared in the media. [4] It correlates with the Chinese conception of the „One-China“ policy, which represents the idea of Taiwan as one of the provinces of China. Even the former Chinese President Hu Jintao specifically said that: „both the Mainland and Taiwan belong to one and same China.“ [5] Similar statements in combination with the insecurity in the international environment, historical ambiguity, and insufficient international law are the reasons why the world should be attentive to the possible change in China’s perspective on Taiwan –  especially in the context of current events in Ukraine, where the Russian Federation behaves according to its opinions and beliefs.

It is no secret that Beijing is becoming more and more assertive. Several years before the war in Ukraine, there was a recordable evolution towards provocative and controversial actions from its side. One of these is the continuous increasing military activity in the South China Sea, which makes the coastline of both China and Taiwan [6]. This ongoing territory dispute, deployment of military assets, and conducting drills in this region make the situation even less stable and predictable.

Growing tension is also directly affecting relations between both sides. During past years, but most notably in 2021, the Chinese People’s Liberation Army (PLA) escalated the number and intensity of incursions to the Taiwanese Air Defense Identification Zone (ADIZ). The difference in the recent development is in the utilization of offensive fighter jets J-10 and in crossing the median line in the Taiwan Strait, which had happened before rarely. [7]

These are the reasons behind Taiwan’s government and its army paying more attention to this development, and they are closely observing Chinese behaviour. In 2021, Taiwanese defense minister Chiu Kuo-cheng warned that the situation is the worst in 40 years [8]. The world is watching how Beijing strengthens its army in the context of the possible island invasion. The estimate that the Chinese well-trained army should be able to attack Taiwan with minimal losses by the year 2025 is also a rising concern.

The advantages of PLA consist of its size as well as its capabilities. Also, according to several sources, the island army was small and underfunded during the 2010s, consisting of mostly incompetent soldiers with a short training. [9] During this period, Taipei had almost 80 000 soldiers with another 2,2 million reservists going through a 4-month-long training. Furthermore, while the Chinese army was constantly improving and building up, the Taiwanese defense spending was low, and they were criticized for choosing „butter over guns“. [10] Overall, this picture didn’t look very hopeful for the island in the context of the threat of possible invasion.

On the other hand, current Taipei’s President Tsai Ing-wen has been trying to restructure and modernize the Taiwanese army since her presidential election victory in 2016. She and her government made a bureaucratic reorganization and formed a unified agency focusing on mobilization, defense, and civil preparation. They are also increasing the military budget and gradually improving their army capabilities. Particularly nearly before the war in Ukraine, when the situation between China and Taiwan was deteriorating. At this time, Taipei approved a special military budget for, for example, a coastal anti-ship missiles system and an attack drone system. [11]

The situation right after the Russian invasion was disturbing. On the same day, 24 February 2022, Chinese warplanes entered Taiwan’s ADIZ. [12] Media all over the world reported that China might see Kremlin’s aggression as an advantage, and while everyone is paying attention to Ukraine, Beijing could silently invade Taiwan. This presumption was also supported by the deepening of the strategic and diplomatic ties in the China – Russia partnership, which was confirmed only a few days before during a face-to-face meeting of both presidents. [13]

For these reasons, many people saw the invasion of Ukraine as a collaboration between Vladimir Putin and the current Chinese President Xi Jinping, who could follow with his move on Taiwan. Despite expectations, Xi didn’t go further with his dream of united China. So far, the tension is not changing and the incursions to the defense zone of Taiwan are remaining of similar intensity. This confirms the non-change of the contribution on the Twitter account of the Ministry of the National Defense Republic of China, where they inform about all events. In this sense, the year 2022 hasn‘t brought anything new so far even though there were some doubts about that.

From what we know now, it also doesn’t seem like China will invade Taiwan in the near future. According to the survey at William & Mary’s Global Research Institute, almost half of international relations experts believe that invasion of Ukraine won’t change China’s perspective at all. The rest of the analysts are divided, most of them are suggesting that current events made the use of force in the Taiwan situation even less probable. [14] Paradoxically, the invasion of Ukraine could lead to  China’s increased prudence.

Its greater caution also corresponds with the long-term perspective of China. An important part of Chinese foreign policy contains indirect and nonviolent manners. Due to this, China is gaining influence by trading and investing. The emphasis on the economy is also present in the relations with Taiwan. Chinese leaders believe that „it is easier and cheaper to „buy“ Taiwan than to conquer it.“ [15] With the help of money, they are trying to change public opinion and convince the inhabitants of the island that united China would be profitable for both sides.

A good example of this behaviour is the trade with tropical fruit and its influence on Taiwan’s agriculture. Usually, Beijing offers Taiwanese farmers incentives like dropping tariffs on different types of fruit, which is very useful since China is Taipei’s largest trading partner. At the same time, it also creates a significant island dependency and the option to regulate these incentives for political purposes. As a reaction to political events in Taiwan, Beijing is banning the fruit trade and putting pressure on Taiwanese farmers and also on the government. For example, with atemoyas or pineapples. [16]

Moreover, the importance of economics over military power in connection to this case is also based on history. China, unlike Russia, is not famous for extensive interventions, invasions, or occupations. The last offensive act was in the year 1979 when the Communist party invaded Vietnam. [17] Since then, there aren’t any records of similar policies and actions. That strengthens the opinion on China’s different preferable solution to this affair than what Russia is often choosing.

In addition, Beijing is carefully monitoring the development in Ukraine, especially the response from the Western countries. As believed by many analysts, the rapidity of coordination and implementation of various sanctions towards Russia attracted a lot of Chinese attention. [18] They are mostly interested in the strength with which the United States replied to Moscow and in their ability to cooperate with numerous actors. [19] This power, coming from the West and heavily targeting Russia’s economic situation, could be one of the deterrent factors for the potential invasion.

However, there are some recent changes in China – Taiwan relations. Particularly on the Taiwanese side, which is caused by multiple reasons. One is the Russian invasion and the fear of similar China’s aggression. More importantly, it is also caused by experiences from the year 2021 and by the overall deterioration of relations with the People’s Republic of China. Taipei is preparing for a worst-case scenario in many ways. For example, the Taiwanese government and army founded their own team analyzing the war in Ukraine [20] or published a document about civil defense during the various crises, including the Chinese invasion. [21]

To sum up, the war in Ukraine has not changed China’s perspective on Taiwan. It seems that it is unlikely that Beijing would take the island by force, even though they have been more assertive than ten years ago. In the near future, it is more probable that they will focus on trade with Taipei as they have in history and as is usual for their foreign policy. At the same time, Taiwan is currently better prepared and alert because it is almost impossible to make a comprehensive estimate of Chinese behaviour and their next steps. Those preparations and preventive measures are therefore always considered rational when the island has the People’s Republic of China breathing down its back. 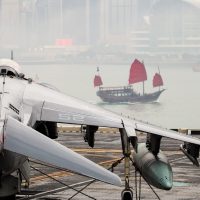 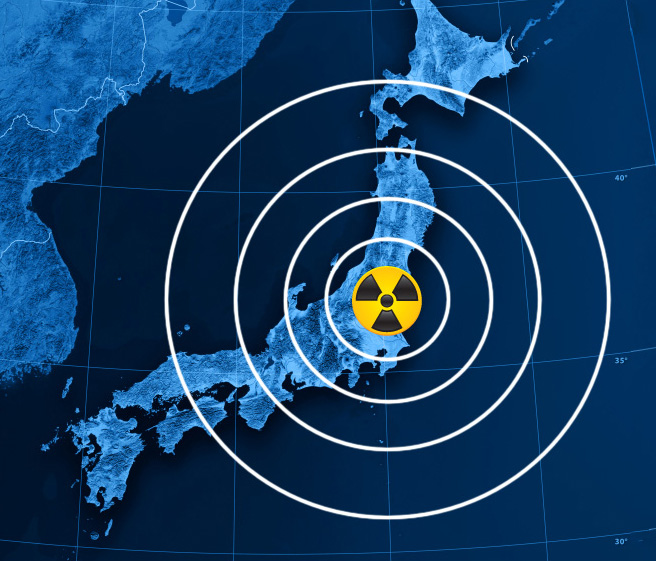